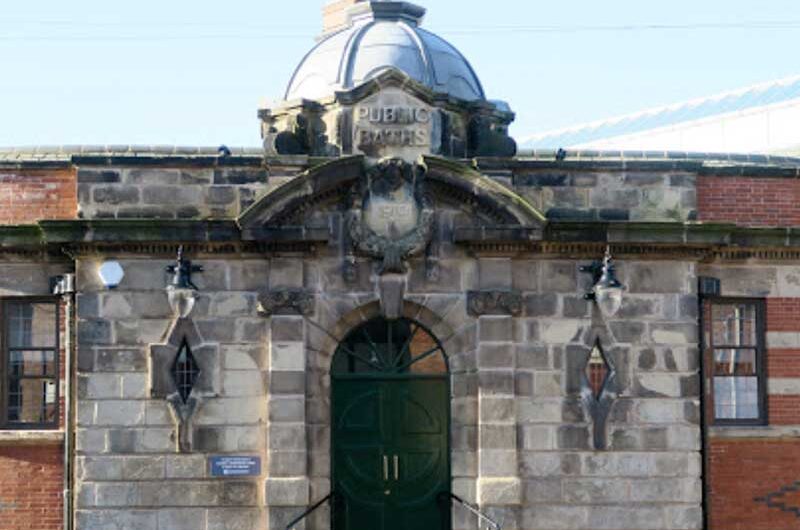 The Planning Committee met in March following their visits to the three nominated buildings for the 2015 Renaissance Award:

A brief note on each of the buildings and the Committee’s comments:

The work that the team have done in restoring the former baths and bringing it back into positive, community use was very impressive. The way that the community has been involved in the restoration as well as on going involvement is exemplary. Whilst there was discussion about the loss of the baths, there was an historical example of how the baths were temporarily over boarded to provide a dance hall! This interesting story shows how the space could be, and has been imaginatively re-used. The building appears to be well used by the local community and it has helped bring together various groups and organisations that would have otherwise never met. It has clearly had a hugely positive affect on the local community.

The Committee were pleased to see the public house come back into use following concerns of noise from adjacent residential properties. However, the restoration work carried out to the building was fairly light – the acoustic issue was addressed through secondary glazing but other than this is was a simple refurbishment. The context of the Fiddle & Bone is certainly interesting in terms of relationship with the Roundhouse. Proposals are currently being developed for this and it might be worthy of consideration once the whole site has been redeveloped.

A very interesting project that sees the restoration of the former public house being re-used and incorporated into the new BCU Student Union. The building accommodates the student’s bar as well as Student Union admin offices on the top floor. The building was restored well and although linked with the new Student Union building to the rear, there was a distinct separation between the two buildings.

As part of the judging process, the Committee complete a judging form where they consider the condition of the original building, the restoration works and the completed project. Each Committee Member completes the judging form independently. The scores are then collated and help give some moderation to their considerations.