On Wednesday 1st September 2021, Birmingham Civic Society commemorated the 148th anniversary of the opening of Cannon Hill Park by erecting a new Blue Plaque to the benefactor, Louisa Ryland.

The new plaque was nominated and sponsored by Rita McLean, former chair of the society’s heritage committee. “Given our experiences of the various ‘lockdowns’ over the past 18 months – many of us have valued even more, parks such as this one….I felt it would be fitting to express my appreciation for Cannon Hill Park and Louisa Ryland’s gift to us by nominating her for a new plaque”.

Louisa Ryland was a significant benefactor to the City of Birmingham and its people; despite moving to Warwickshire as a child she retained a close and significant connection with Birmingham and it has been estimated that over the course of her life she made donations to the value of £180,000 – the equivalent of £13m today.

The event was attended by members of the Civic Society, Councillors, Friends of Cannon Hill and Small Heath parks, representatives of Birmingham Parks Service and also the Midlands Arts Centre.  Immediately after the unveiling, the plaque was erected on the park lodge, 23 Edgbaston Road, B12 9NL for all visitors to the park to see. 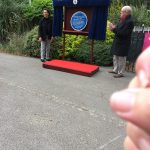 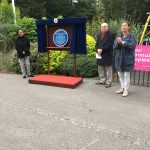 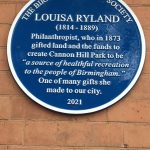 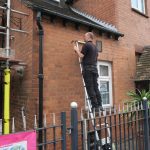 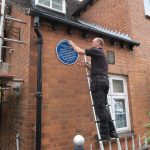 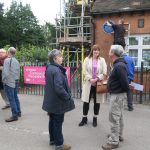 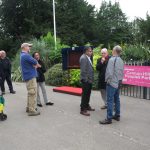 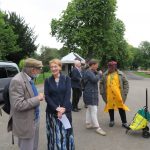 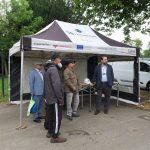 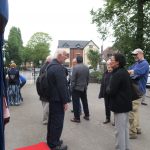