A Blue Plaque to Bertha Ryland 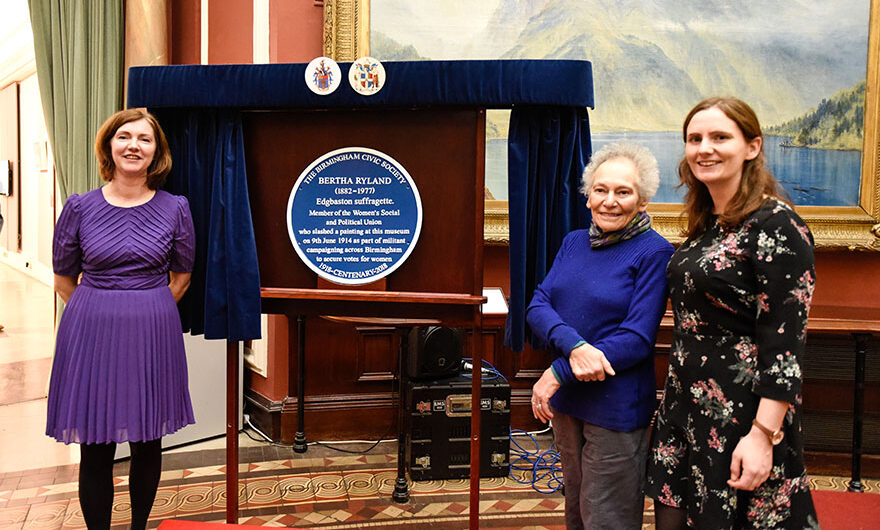 Our second Blue Plaque unveiling this month was in the Round Room of Birmingham Museum and Art Gallery to suffragette Bertha Ryland. On 9 June 1914 Bertha Ryland entered the museum and attacked a painting as part of the militant campaign for women’s rights. The attack took place as protests escalated across the UK with suffragettes fighting to have their voices heard.

The event gave a greater insight into Birmingham’s role in the suffrage movement with a presentation by researcher and author Dr Nicola Gauld, who nominated Bertha Ryland for the plaque, and a very moving dramatic performance by actress Francesca Millican-Slater as Bertha. The plaque was then jointly unveiled by Dr Gauld and Brigid Jones, deputy leader of Birmingham City Council.

In the centenary year of the Representation of the People Act, the unveiling formed part of a weekend of thought-provoking events and performances as part of the programme for Women Power Protest, an Arts Council Collection National Partnership exhibition. 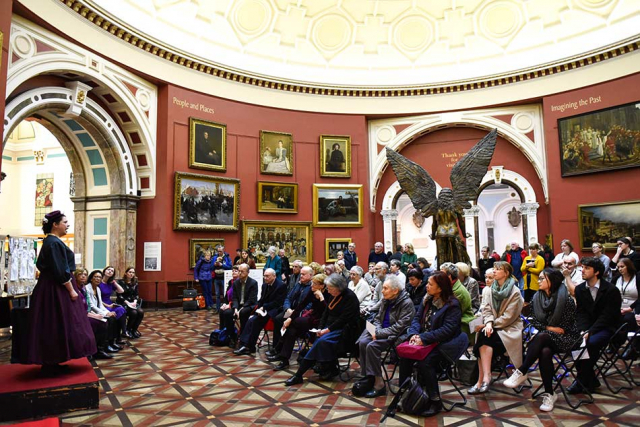 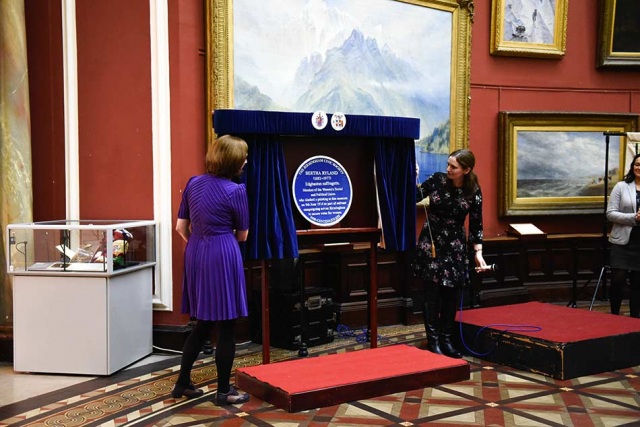 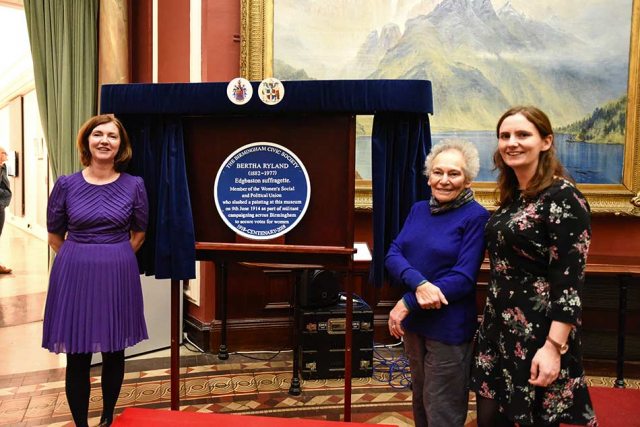 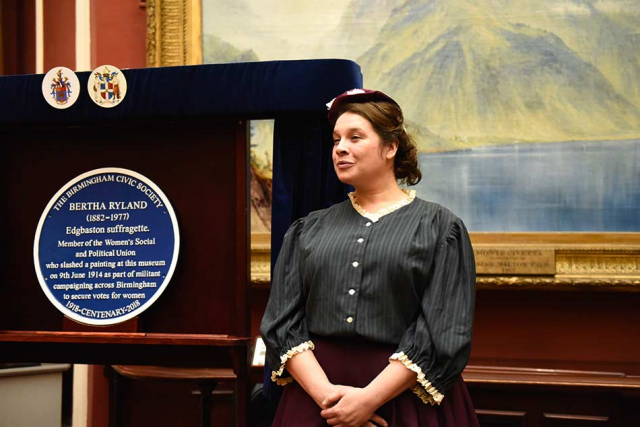