An audience with John Clancy 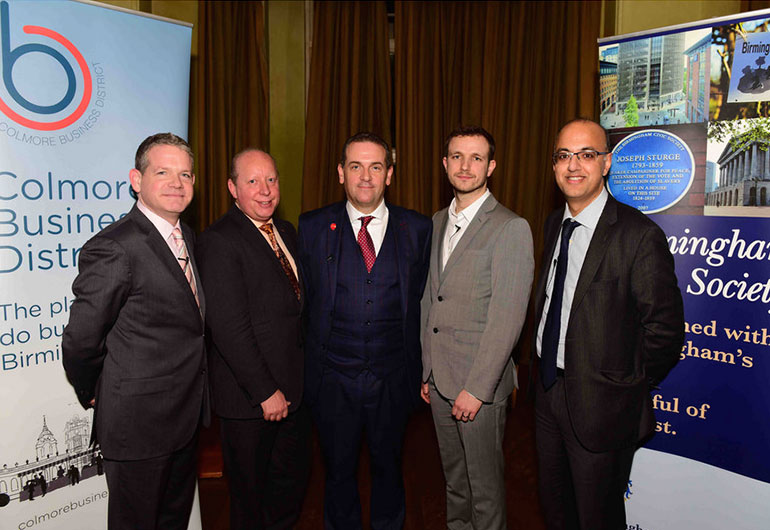 On 27 January 2016, John Clancy, Leader of Birmingham City Council, held an audience with the civic and business leaders of Birmingham and laid out his vision for the city. The event, organised by Colmore Business District, BPS Birmingham and the Birmingham Civic Society allowed organisations and the business community to open up a dialogue with the recently appointed Leader.

Councillor Clancy set out his main priorities for the city; Childrens’ Safeguarding and Housing. He also acknowledged the importance of business in growing the economic prosperity of the city and told the audience how he was keen to work with businesses to develop the skills the city needs, and to encourage investment into the city.

Gary Cardin, Chair of Colmore Business District and Senior Director of CBRE said,‘To get such an impressive body of leaders and business representatives at such a short notice shows the speed and agility of Birmingham’s business community and their desire to engage in the shaping of this city. It was a great evening that really allowed attendees to get to the core of Clancy’s vision and how he wants to develop workable and sustainable partnerships.’

Ahmed Farooq, Chair of BPS Birmingham and Chief Financial Officer at Wesleyan Assurance Society, said, ‘It was a great opportunity to hear from the new leader and discuss how the business community can work with the Council to help address the significant challenges it faces and deliver economic growth. As Councillor Clancy recognised, it will be through the success of businesses – not least firms working in and around the city centre – that the city will be able to stabilise its financial future as we move toward full business rates retention. The new Leader wants to look at new ways of raising investment for the city and we will offer the expertise of our financial services sector to advise on developing the proposals. Skills and talent are at the top of our agenda for the BPS sector and we can only address the issues by working in partnership with the Council and other education stakeholders. We welcome Councillor Clancy’s commitment to work together.’