Are you feeling lucky? Win £1k with Hospice’s ‘Spring Raffle’! ﻿ 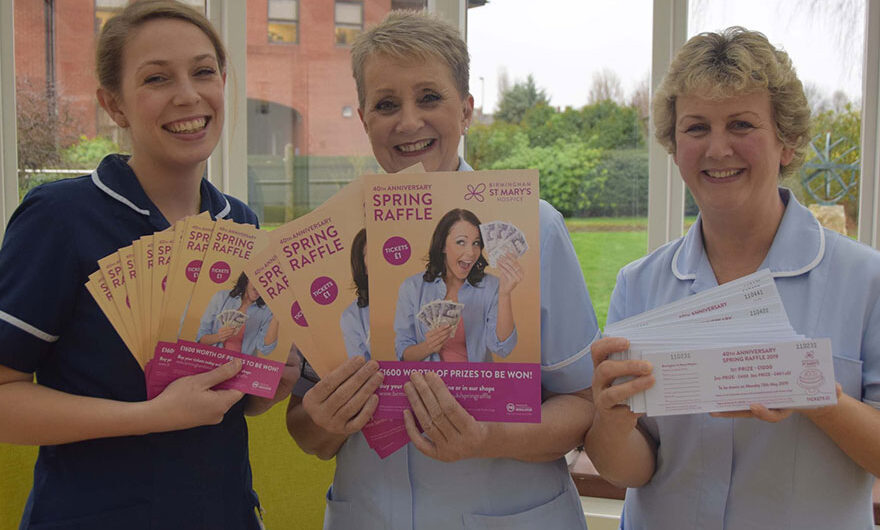 This year, there are seven opportunities to win – with £1,000 as first prize, £400 as second, and five prizes of £40 in third place. The new £40 prizes are to mark the Hospice’s milestone anniversary, in which its been providing its free, expert care for 40 years across Birmingham and Sandwell.

Last year, generous supporters who took part in Spring Raffle raised over £12,000 for the Hospice, which provides vital care to local people who are living with life-limiting illness.

The Hospice was founded in March 1979 and back then, it could care for just 25 people on any given day. Four decades later and the Hospice is supporting over 400 people every day, providing care in people’s homes, in the community, at its Day Hospice facility and at the Hospice’s Inpatient Unit.

Tickets for Spring Raffle cost £1 and are on sale now until Friday 3 May. They can be bought online via the Hospice’s website, at one of its 17 shops across Birmingham, Sandwell and Solihull, or at the Hospice itself.

To buy a ticket or to find out more, visit: www.birminghamhospice.org.uk/springraffle