BTfL welcomed a record number of children at Perry Common Recreation Ground this month. On a bright but chilly morning, a seemingly never-ending series of ‘crocodiles’ of children walked up the path to the planting area in this large riverside park next to the Witton Lodge estate.

Fortunately lots of adults were on hand to help out, including 8 Birmingham University students and 13 Deutsche Bankers. Deutsche Bank Birmingham, a long-time supporter of BTfL, sponsored the planting event.

This site has undergone a lot of flood alleviation and renovation work over the last couple of years, and this huge gang of helpers planted 1000 sapling trees to create some new areas of woodland along the riverside – easier said than done in quite hard stony ground.

After this huge effort of co-ordination, the BTfL team needed a lie down! 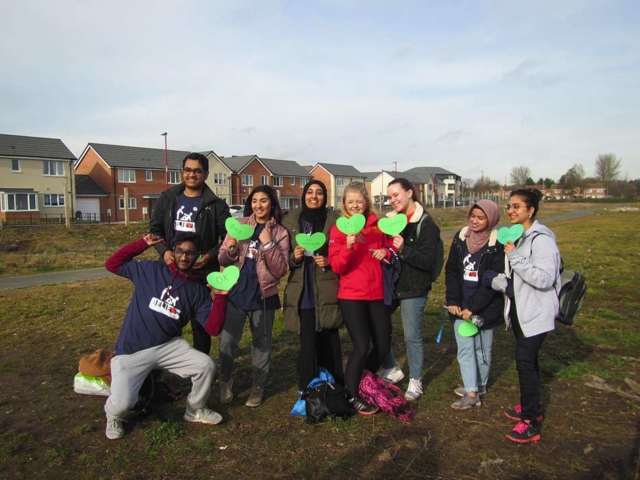 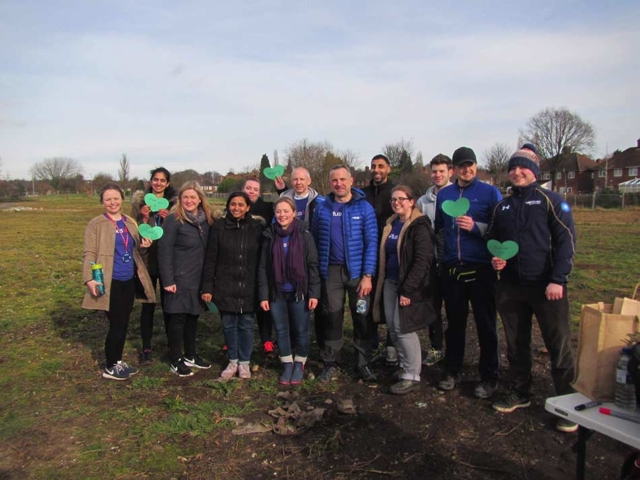 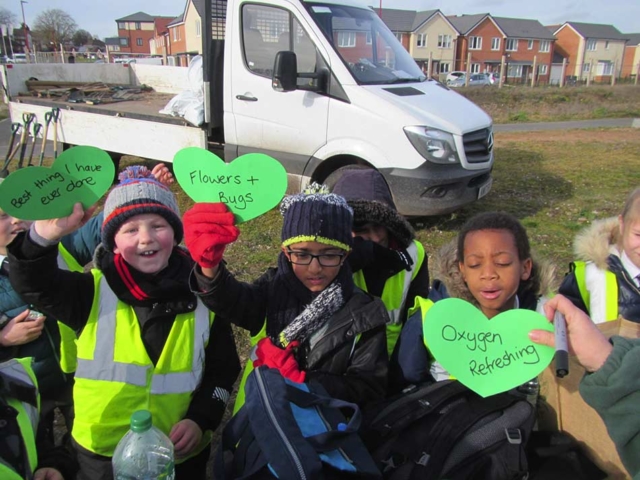 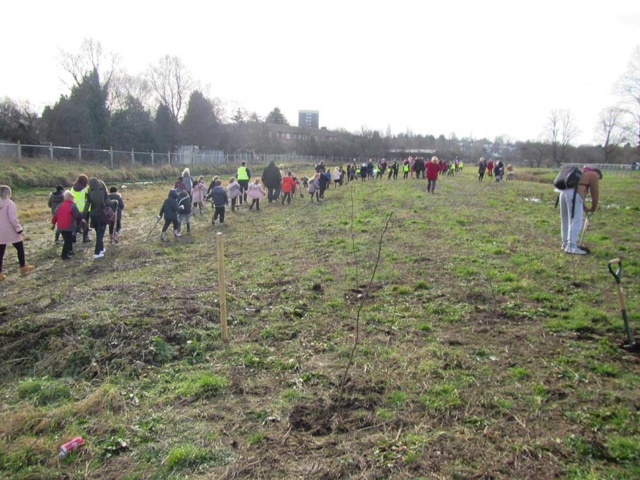 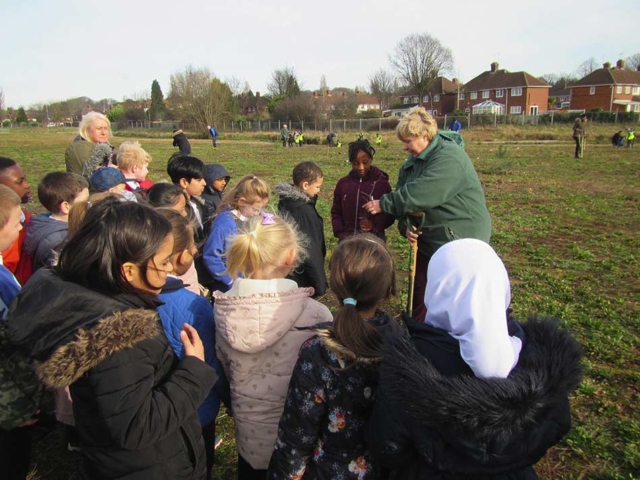 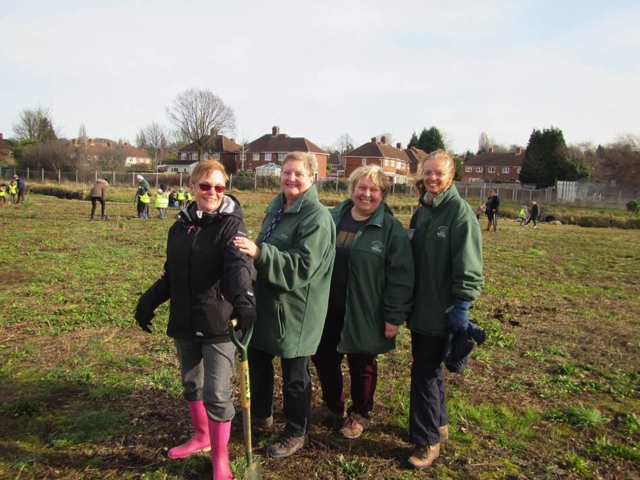 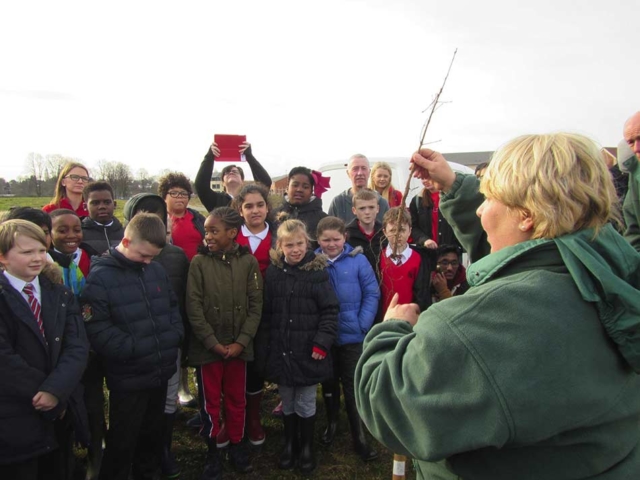 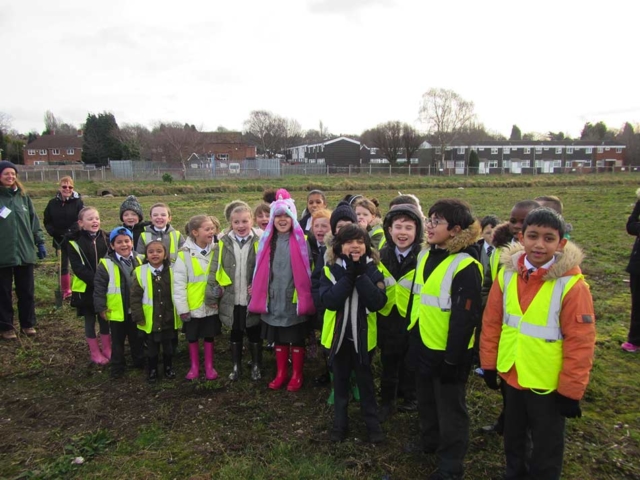