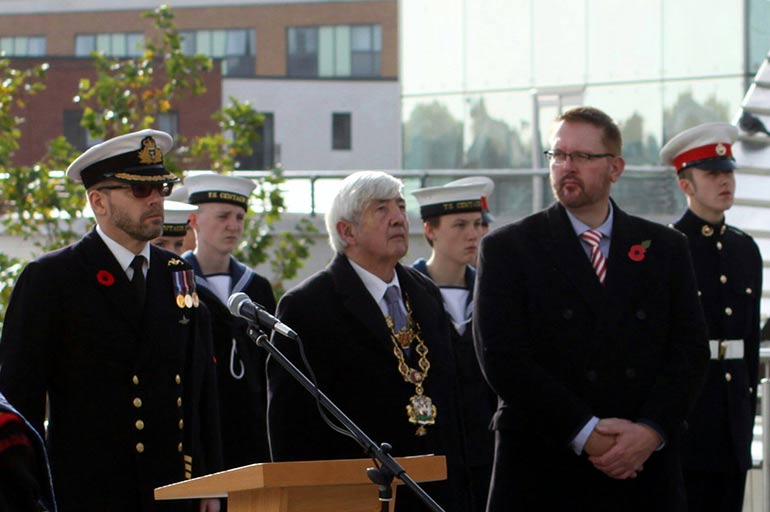 Public Art Committee Chairman, Stephen Hartland, is the organiser and Master of Ceremonies of the city’s Trafalgar Day commemorations. This year he was joined by Gavin Orton, who laid a wreath on behalf of the Society at the statue of Lord Nelson in the Bullring. The bronze statue was unveiled in 1809 and was the first publicly funded statue in Birmingham, and the first statue of Nelson in Britain.

Trafalgar Day commemorates the victory won by the Royal Navy, commanded by Nelson, over the combined French and Spanish fleets at the Battle of Trafalgar on 21 October 1805.