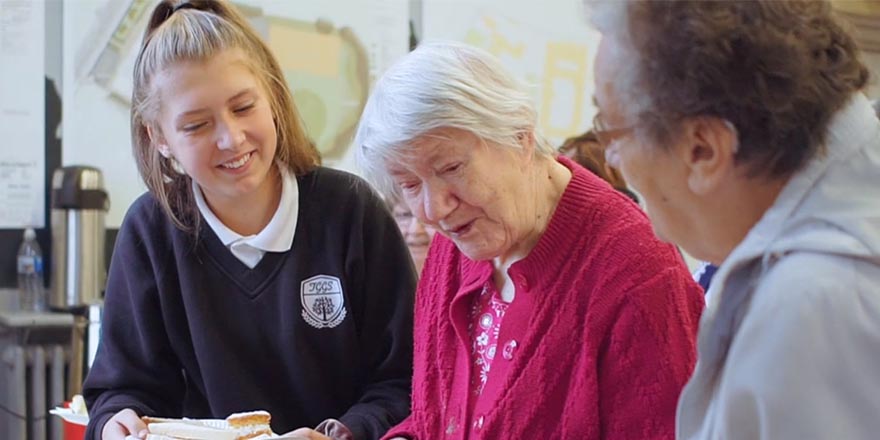 Our Citizen Committee commissioned a video to showcase the success of the Elderly Explore project from Turves Green Girls’ School, the winner of our 2018 Next Generation Awards. The project was devised by three pupils to combat social isolation in the elderly community in their area and the tea parties in school for their elderly neighbours, with food, games and singing, have proven a great success.

The impact that the project has had for the pupils involved, the school and the community has been wonderful and it is hoped that their video will encourage other schools to replicate the model and to develop other similar active citizenship projects across the city.

The Elderly Exlpore project was made possible via the ‘Newman Prize’ awarded by Newman University and mentoring via UpRising Birmingham.

Email BCS to find out more about the Next Generation Awards