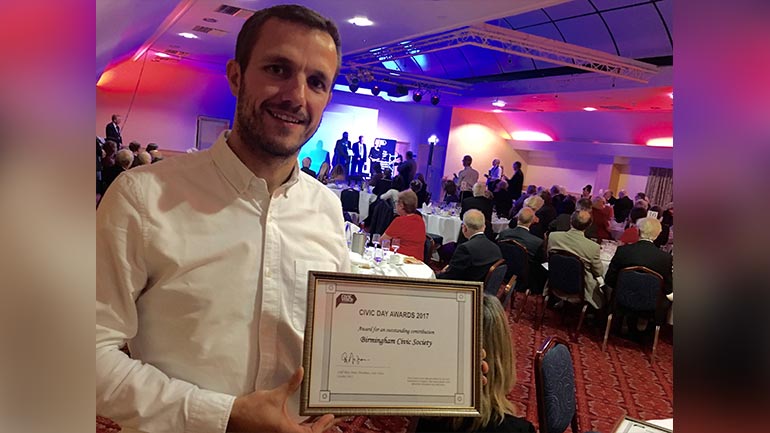 We attended the annual Civic Voice Convention this month in Wakefield. There is significant concern over the state of our Conservation Areas – something that we are seeing particularly in Birmingham. We were honoured to receive a Civic Day 2017 Award for our Civic Pride ale and Gavin Orton, our Chairman, was elected a Trustee of Civic Voice. It was also announced that Birmingham would be hosting the 2018 Civic Voice Convention as part of our Centenary year!