The Great Stone of Northfield 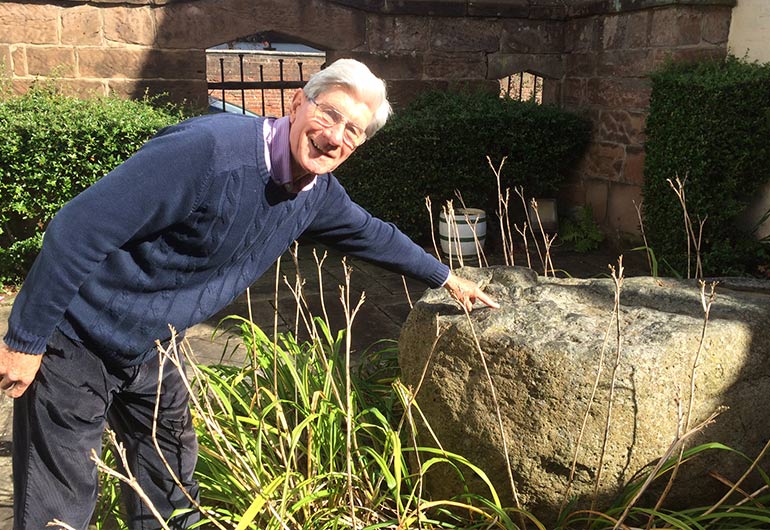 A glacial boulder, more than 400 million years old, tucked away down a side street in Northfield took centre stage this month thanks to the recent efforts of amateur geologist and Northfield Resident, Roland Kedge. A plaque, commissioned with the advice of John Gale, our Mr Blue Plaques, was unveiled, acknowledging the significance of the erratic glacial boulder (known locally as the Great Stone), which travelled from Snowdon to Northfield on an ice sheet during the Ice Age.

Mr Kedge has been on a mission to share the fascinating geology of the Stone with a wider audience, publishing a pamphlet and developing a glacial boulder walking trail. He said: “As a local resident and geology fan, I wanted to raise the profile of all the many glacial boulders in the area by highlighting the one in the Pound at Northfield. Hopefully passers-by will be more likely to give them a second glance and stop and think.”

Northfield residents and geology enthusiasts that attended the unveiling ceremony and were able to view the Great Stone up close, since the gate to the former Animal Pound is normally locked.