In memory of Bruce Tanner DL 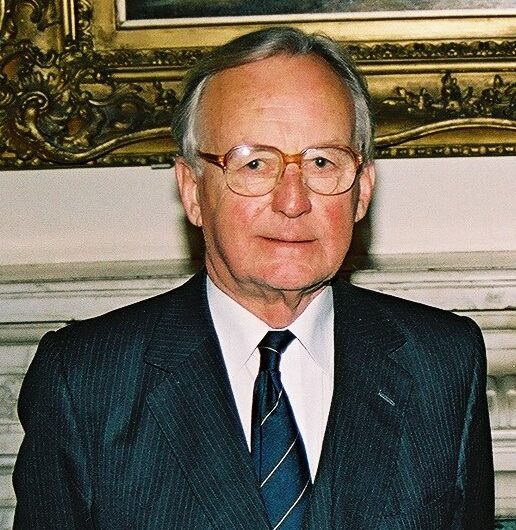 It is regret that we announce the death of one of our Vice Presidents, Bruce Tanner, who was also Chairman of the Society 1994-2005. Bruce had set up the well-known Birmingham holiday firm, Horizon Travel in 1965 and was its chairman and chief executive from that date until 1987.  He was also President of the International Federation of Tour Operators 1980-83.

Bruce’s other involvements were member of the Council of the Birmingham Chamber of Commerce 1984-94; Deputy Chairman of Birmingham Conservative Association 1987-89; Birmingham Hippodrome Theatre Trust 1990-97 (Director 1997-2001); Aston University Audit Committee 1994-2000; High Sheriff of the West Midlands 1991-92. He was appointed a Deputy Lieutenant of the West Midlands in 1995.

Bruce must be acknowledged as the Chairman of the Society who modernised it. Prior to his involvement, the Society had ceased to be focussed on improving the city and preserving its heritage. Bruce wanted to make a difference and improve the offering of the city. He became Chairman in 1994 and set about a programme of expansion and improvement, bringing his successes as a businessmen to bear on the operations of the Society. Prior to Bruce’s appointment, all matters were dealt with, during many long hours, by the Council of the Society, but it was Bruce who introduced the committee framework that the Society still operates today. In 2001, the Planning, Heritage and Transport committees were created, followed shortly thereafter by the Next Generation Awards.  It was through Bruce’s many connections that he advanced the profile of the Society.  He also charged Vice Presidents Anthony Collins & Glyn Pitchford with achieving 100 corporate members, which was realised through their diligent offices and many of these successes were reported in the Society magazine, by renowned city journalist, John Slim, who Bruce appointed to spread the news of the good works of the Society.

Bruce was always considered and thoughtful and polite and reserved, but he had a mission to achieve and the Society we know today still bears the hallmark of what he set out to achieve. Sadly, in recent years Bruce had suffered from Alzheimer’s, but he must be remembered as the man who created the modern Birmingham Civic Society.