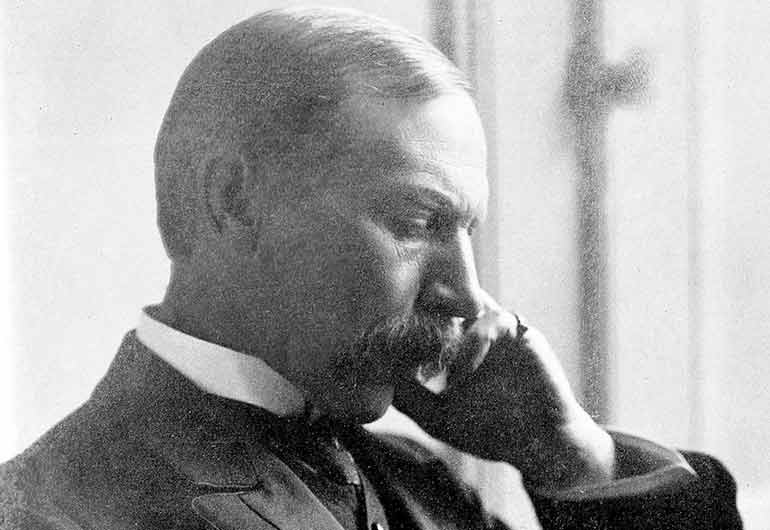 As part of our Centenary celebrations we are commissioning three new Blue Plaques to commemorate key founder members of the Society. The first of these will be to Sir Gilbert Barling CB CBE FRCS [1855-1940], the first Chairman of Birmingham Civic Society from the time of its inauguration in 1918 until his death in 1940.

In his professional life, he was Vice Chancellor of the University of Birmingham for twenty years. He was Professor of Surgery 1893 – 1912 and during the 1920s he took a lead role in launching the scheme, which ultimately established the hospital teaching centre and medical school close to the main university buildings. Sir Gilbert Barling also held various senior surgical appointments at Birmingham General Hospital and after retirement became its president.

The unveiling will form part of the official launch of the heritage strand of our Centenary History programme and will take place on Friday 16 February, 1pm – 2.30pm, at St Augustine’s Church, Edgbaston, the church he attended and where his funeral was held. The plaque will then be put up on his nearby former home at 6 Manor Road.

We do hope that you are able to join us, please RSVP Penny by 12 February to confirm.