On Thursday 14 October, school children, parents and business professionals from across Birmingham came together at Highbury Hall for the first final of the Birmingham Civic Society’s Next Generation Awards since the start of the COVID-19 pandemic. Now in its 17th year, the Next Generation Awards bring young people together from Birmingham Secondary Schools across the city in teams to devise a plan to improve one aspect of life for people living in Birmingham and never has this been more relevant and important to our communities.

On the evening each of the three finalist teams presented their ideas to a panel of business and education professionals. This year’s winning project was from a team of students from King Edward VI Handsworth School for Girls, who presented ‘Clothe the Country’ a project which plans to raise awareness about clothing poverty in the city, to encourage people to donate clothes and ensure they get to those in real need. The girls have been awarded the ‘Newman Prize’ of £1500 and mentoring support to help develop their idea into a reality.

The Clothe the Country project was chosen by a panel of judges which included; Stephanie Bloxham, Health and Social Care Manager at Birmingham Voluntary Service Council, Colin Harris, Deputy Director of Marketing and Student Recruitment at Newman University and Jane McArdle, Head of Learning at Birmingham Cathedral, and co-director of Mrs History.

Stephanie Bloxham, Chair of panel commented: “It was an honour to chair the panel of judges at this year NGAs and watch the finalists deliver their fantastic presentations. We chose Clothe the Country, as we liked the originality of this idea, with a number of options presented that could be taken forward in a sustainable way. We also felt that the focus both inwards and outwards – supporting both pupils/families and the wider community – was really positive.  Well done to the winning team and all of those who have taken part in this year’s NGAs!”

The evening also saw Primary and Secondary schools from across Birmingham presented with Birmingham Civic Society School Star awards, a new initiative that congratulates, promotes and celebrates the truly fantastic work that has been done by schools across the city to help those in real need during these incredibly difficult times.

Amelia Ladbrook, Chair of Birmingham Civic Society commented; “Our Next Generation Award finals are always a highlight of the year, the room is filled with young, passionate, energetic citizens who are full of great ideas on how we can make Birmingham a better place for everyone. Never has it been more important to instil active citizenship skills in our young citizens and we are truly thankful to all the schools that ensured their pupils were given the opportunity to take part in our scheme despite the incredible pressure schools are under due to so much lost class time. We were also delighted to be able to properly thank all the schools that have been nominated by our Birmingham Civic Society School Star initiative. We were aware of so many schools going above and beyond to help others during the pandemic and it was fantastic to have the opportunity to shine a light on the amazing work they have been doing.”

Birmingham Civic Society and it’s Citizenship Committee, the home of the Next Generation Awards, encourages sustainable impact by offering prize money and mentoring. For only the second time, a video is being produced to showcase long-lasting community impact. Michael Butler, Chair of the Citizenship Committee announces; “King Edward VI Handsworth School for Girls, in addition to the 2021 Newman Prize, are the focus of an upcoming impact video, demonstrating the positive benefits of the NGAs and how a previous NGA team is helping the environment.”

The Birmingham Civic Society works to make Birmingham a better place for everyone, our work includes Improving our green spaces via the Birmingham Trees for Life scheme, promoting and improving our built environment, architecture and public art, celebrating the heritage of our city and citizenship. We celebrate our city’s past and believe in our city’s future, and we would love others who are equally mad about our city to join us and make a difference. To find out about becoming a member and getting involved email info@birminghamcivicsociety.org.uk or go to https://www.birminghamcivicsociety.org.uk or follow us on @BirminghamCivic 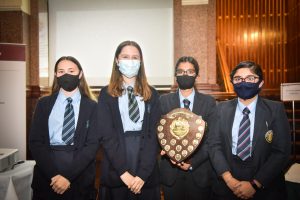 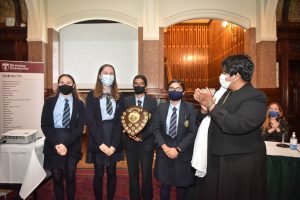 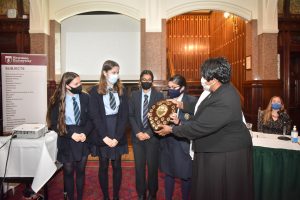 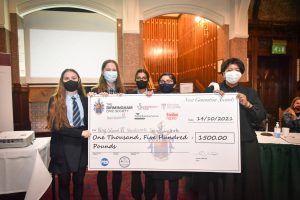 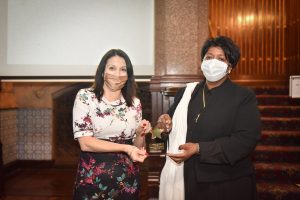 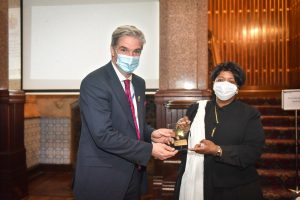 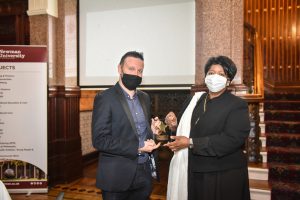 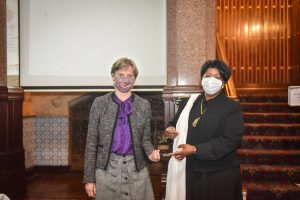 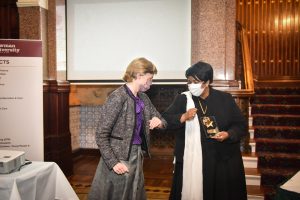 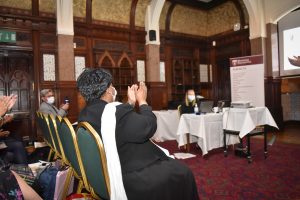 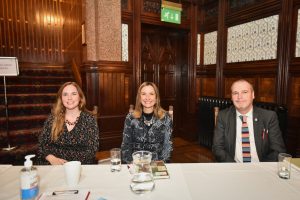 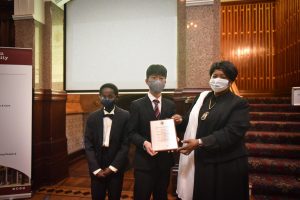 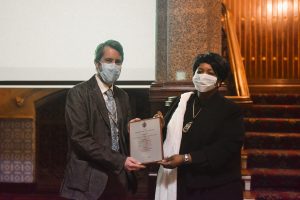 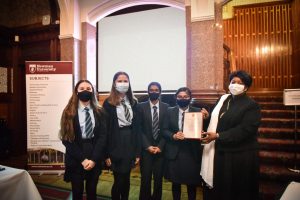 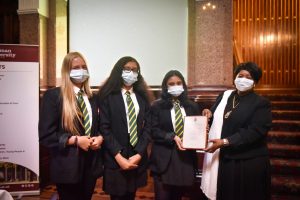 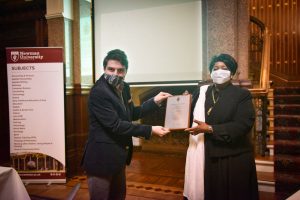 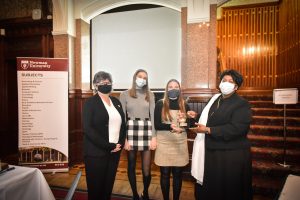 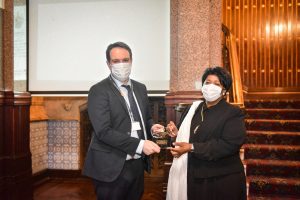 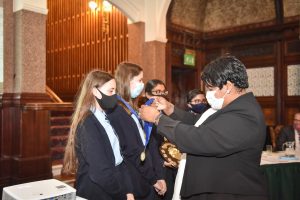 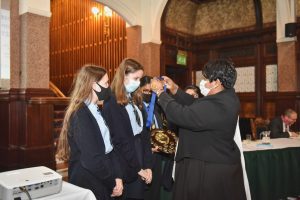 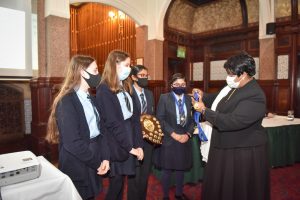 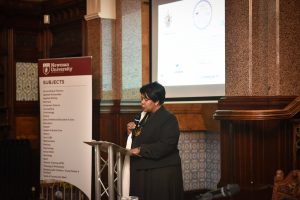 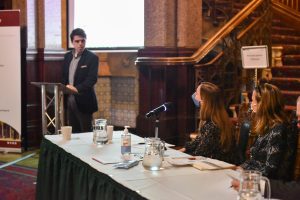 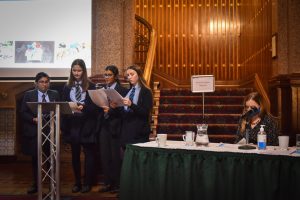 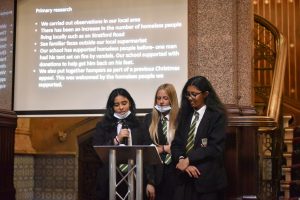 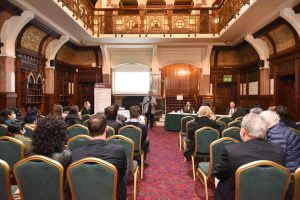 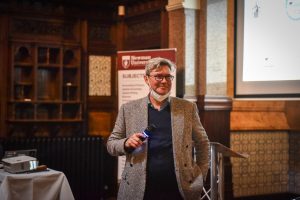 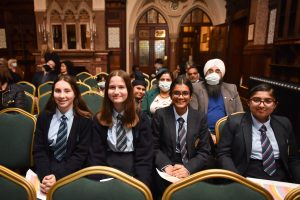 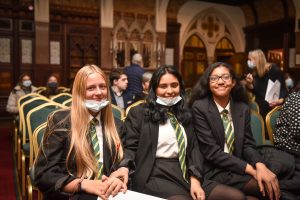 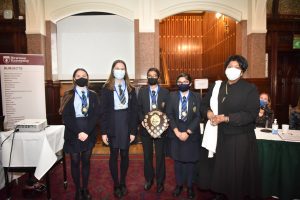