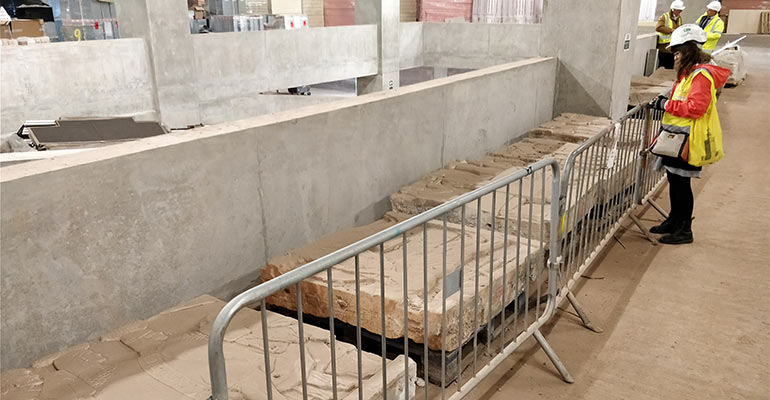 Our Public Art Committee recently visited the site of Arena Central to inspect King Solomon’s Frieze. The frieze, sculpted by Gilbert Bayes in 1927, was originally incorporated into the facade of the Central Warwickshire Masonic Lodge, latterly Central TV. It was removed when the building was demolished in 2003 and moved to store where its whereabouts were unknown, until recently. Galliford Try, the Arena Central developers, now realise its importance and hopefully it can be incorporated into the rear façade of the former TSB building, now part of the University of Birmingham, to overlook a new public square.