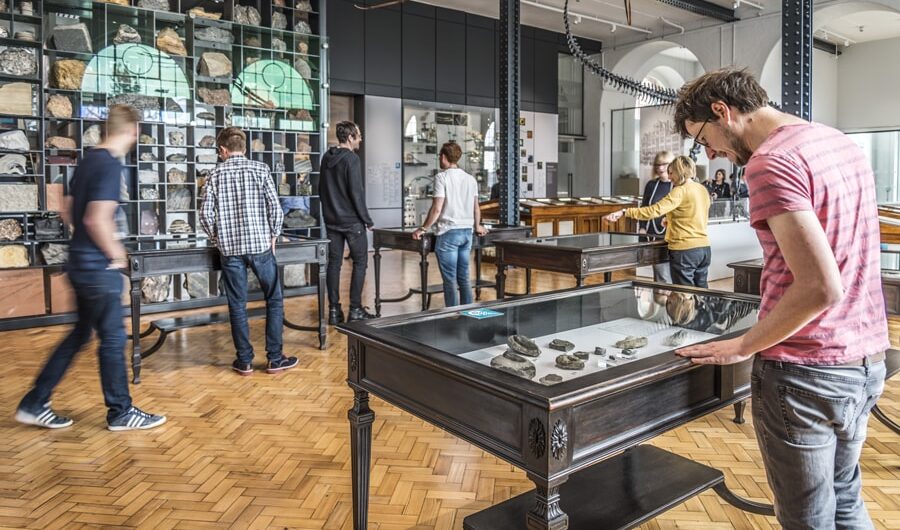 The University of Birmingham’s Lapworth Museum of Geology is one of the five finalists for Art Fund Museum of the Year 2017, the world’s largest and most prestigious prize for museums. Dating back to 1880, the Lapworth is home to one of the UK’s most outstanding geological collections, with the finest array of fossils, rocks and minerals in the Midlands. It re-opened last year after a £2.7 million redevelopment and expansion, which transformed an academic university museum into a major new public attraction for Birmingham and beyond.

The other finalists are: Tate Modern; The Hepworth Wakefield; Sir John Soane’s Museum, London; and the National Heritage Centre for Horseracing & Sporting Art, Newmarket. The winning museum, which will receive £100,000, will be announced at a ceremony at the British Museum on Wednesday 5 July. In addition, for the first time this year, the other shortlisted museums will receive £10,000 each in recognition of their achievements.

Jon Clatworthy, Director of the Lapworth, said: “We are absolutely delighted to receive this important recognition. The last year has been truly transformative, propelling the museum into the 21st century and making it accessible to a diverse new audience. The renovation of the space combined with a focus on digital technologies and interactive displays significantly enhances our public engagement and schools outreach with important scientific collections to help bring the story of evolution to life. Our visitors can now walk through time and gain unique insight into 4.5 billion years of history.