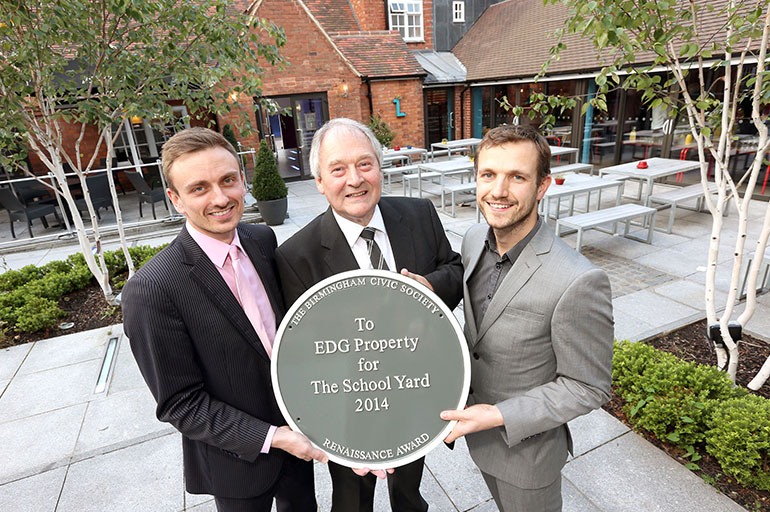 We were delighted that Lord and Lady Whitby of Harborne were able to join us at the School Yard in Harborne to unveil our second 2014 Renaissance Award last month.

The former leader of Birmingham City Council and former councillor for Harborne was on the planning committee involved in the original application. He praised the developers and architects for being true to their word and delivering the vision they had promised from the outset.

The reception, kindly hosted by Neil Edginton of EDG Property, was held at Boston Tea Party in the School Yard.