Lottery backing for our Centenary Celebrations 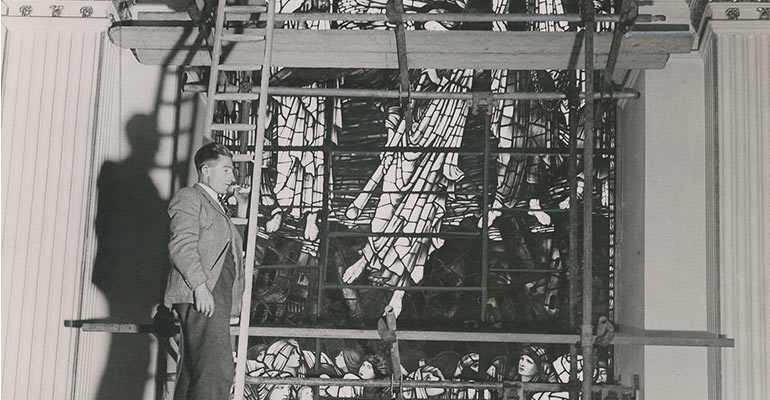 The Heritage Lottery Fund has awarded a grant of £55,700 towards the project to celebrate the centenary of the Society. The Centenary programme will include a Young People’s Blue Plaque film project, an outdoor temporary exhibition in the city centre, a citywide heritage trail, conserving the statue of Queen Victoria in Victoria Square, installing four new Blue Plaques to notable citizens, enhancing information about our Archive in the Library of Birmingham, increasing the historical content on our website, and delivering a whole range of tours, talks, and family activities throughout 2018.

“The Heritage Lottery Fund grant is fantastic news, as it will greatly increase the scope of heritage activities we can deliver during our Centenary Year. Whilst we will of course be celebrating our past achievements, just as importantly we want work with young people to explore some of the hidden histories of the city and invite their views and hopes for the present and future of Birmingham. We want our Centenary project to reflect the changing face of our great city and look forward to the next 100 years.”

Vanessa Harbar, head of the Heritage Lottery Fund in the West Midlands, added:

“Birmingham Civic Society has played a leading role in championing and saving the city’s heritage over the last century. I’m delighted that, thanks to National Lottery players, we can support the society to celebrate its achievements and engage the community, particularly young people, with the city’s rich history through a great programme of events.”

The Society has a proud record of achievement in preserving and celebrating the city’s heritage. In the 1920s and 30s it raised significant funds to purchase and donate substantial areas of land to the city’s public parks. Later on the Society was also instrumental in preserving a number of familiar Birmingham statues, most notably those of Queen Victoria, King Edward VII, Joseph Sturge and Joseph Priestley.

It was thanks to the Society that Birmingham Cathedral’s world famous Burne-Jones windows were removed into safe storage at the outbreak of the Second World War. The cathedral was subsequently badly damaged by bombing during the Birmingham Blitz and so without the Civic Society’s intervention these superb works of art would have been lost forever.

If any members, corporate or individual, would like to sponsor any of our Centenary Celebrations, then please get in touch.