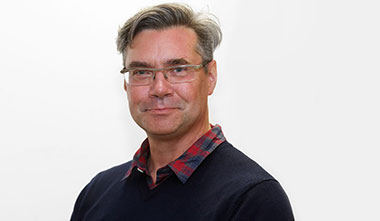 At our AGM in November we were delighted to welcome our new Chairman, Professor Michael Butler, head of department in Aston Business School. Having been involved with the Society since 2015 we are excited to have Michael leading our work, and chat to him about the work of the Society and his new role.

The work of the Society

Birmingham Civic Society seeks to make Birmingham a better place for everyone by working together. Founded on 10 June 1918 following the First World War, it influenced the post-war regeneration of the city and one of its first successes was to secure land to create the city’s green spaces and improve existing parks.

Our role in local environmental issues is more vital than ever and the Civic Society plants trees to keep the city green, beautiful and breathing.  We do this in partnership with Birmingham City Council and Birmingham Trees For Life.

One of the most visible areas of our work is the celebration of the people and places that have shaped our city and put it on the map. Since the 1950s, we have erected more than 100 blue plaques and invite local businesses and residents to recommend people and places who deserve one. It is always a highlight in the calendar when our members join us to erect a blue plaque.

In addition, our Planning Committee consults on Birmingham’s built environment and its effects on those who live and work in the city and Public Art promotes and protects public art for all to enjoy.

Having Chaired the Citizenship Committee, I know most about this work. During my tenure, we increased the range of activities which now include The Next Generation Awards (NGAs), As One and Rising Stars.

The NGAs is a competition for all secondary schools in Birmingham to improve their local community. The final is held at the magnificent Highbury Hall, and Birmingham’s Lord Mayor attends. The winning team receives a £1500 prize sponsored by Newman University.

What does becoming the Chair of the Society meant to you?

I originally joined in 2015, became Chair of the Citizenship Committee in 2018 and then the Chair of the Society in 2021. I’ve found the whole experience inspiring.

Aston University has signed a civic university agreement to strengthen its role in the local community, and I see my role as one of the partnerships delivering public good to meet local needs.

I ensure that the Civic Society delivers on its positive vision of ‘working together to make Birmingham a better place for everyone’.  I also have an external-facing role, to represent the society across Birmingham (and beyond), and to facilitate key events such as our annual Leader’s Breakfast.

Why become a member of Birmingham Civic Society?

There are many benefits and the most valued one is how members help shape the work we do. Members are able to join a committee, attend events and get as involved as they like. To find out more or join, visit www.birminghamcivicsociety.org.uk