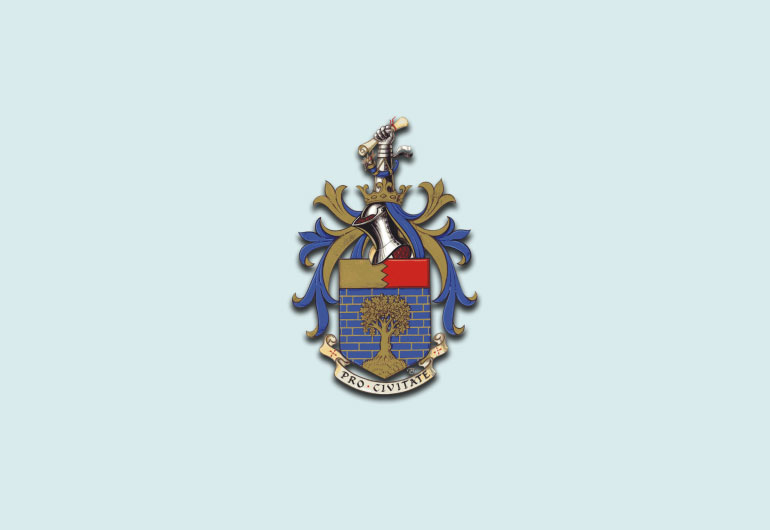 In celebration of National Volunteers Week, we’d like to pay tribute to all the volunteers who have contributed to the Society of the past 100 years and thank them for making Birmingham a better place. The Society has always been made up of people who give freely of their time, expertise and enthusiasm.

Earlier this year, Birmingham Civic Society unveiled a Blue Plaque to one of their earliest volunteers, Sir Gilbert Barling. He was the first chair of the Society and was active up until the age of 85. He was a medical academic and had served for his country on the Western Front during World War One.. He was committed to giving something back. 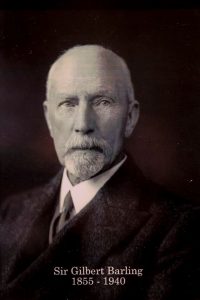 Today the Society is encouraging more people to join in and play an active role in city life. Two of these volunteers are Geoff Coles and Amelia Ladbrook. Hear more about their motivation for volunteering with Birmingham Civic Society.

“For most of my adult life I have worked in Birmingham; although I wasn’t born here , my mother was a “Brummie” and I regard myself as an adopted son of Birmingham.

I have worked in Parks all my working life, having trained at the Royal Botanic Gardens, Kew, and the last 31 years of my working life I worked for Birmingham City Council helping to look after Birmingham’s Parks. When I retired in 2006 I wanted to continue to play a part in looking after and enhancing Birmingham’s green environment, and the creation of Birmingham Trees for Life as part of the Birmingham Civic Society gave me that opportunity as a volunteer. I am a founder Member of Trees for Life and currently their Chairman, as well as a Trustee of the Society.

When the Birmingham Civic Society was created in 1918 its “strap-line” was “The City Beautiful “ The Preservation, enhancement and creation of parks and greenspace was very much a driving force within the fledgling organisation. For me, it is a great privilege to be able to carry on that work some 100 years on and play a little part in protecting and enhancing Birmingham’s precious Parks and green areas which have brought so much pleasure and health benefits to it’s citizens over the past Century.

What our predecessors did shaped the Birmingham we know and love. Our role is to shape the Birmingham of tomorrow, which I sincerely hope will be “a green and pleasant land”.  The fact we work with thousands of Birmingham schoolchildren in our tree planting is hugely important to us giving the young people of today the opportunity to create their future neighbourhoods.” 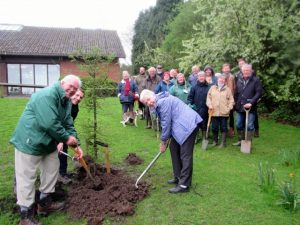 As a proud adopted Brummie, being part of an organisation that looks towards the city’s future. Looking after some of its most important aspects is a privilege. I became a member of Birmingham Civic Society in 2016 thanks to my employer becoming a Corporate Member. This opened my eyes to the amazing work that was being undertaken by a talented group of volunteers that make up the organisation and I knew I wanted to make a contribution somehow and be involved. I was honoured to become a Trustee in November 2016 and since then have seen the immense amount of passion and hard work that each volunteer gives in each of our committees and beyond.

Celebrating 100 years is a triumph for the society, and Birmingham, as it proves how long people have been putting their time and passion into our city. It’s incredibly clear right now that there is a buzz around Birmingham, but for 100 years there have been people working and supporting an organisation that has always been full of civic pride. From championing the achievement of Brummies with Blue Plaques, and protecting our public art to planting tens of thousands of trees this centenary year showcases brilliantly the work that individuals have put in to make Birmingham a better place for everyone.

With so much to look forward to in the region over the coming years, I look forward to more of our community becoming involved and shaping the work of the society. We are not an organisation that only looks back, we want to move forward into our next 100 years in any way our city needs us to.
If you want to make a difference and be involved in your city I would encourage anyone to get involved, and there are numerous ways to do so. Find out more by getting in touch with us via the website or join the conversation on Twitter #thecitybeautiful100 #volunteersweek. 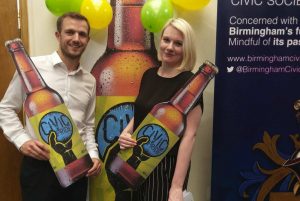