A new future for Cadbury Barn 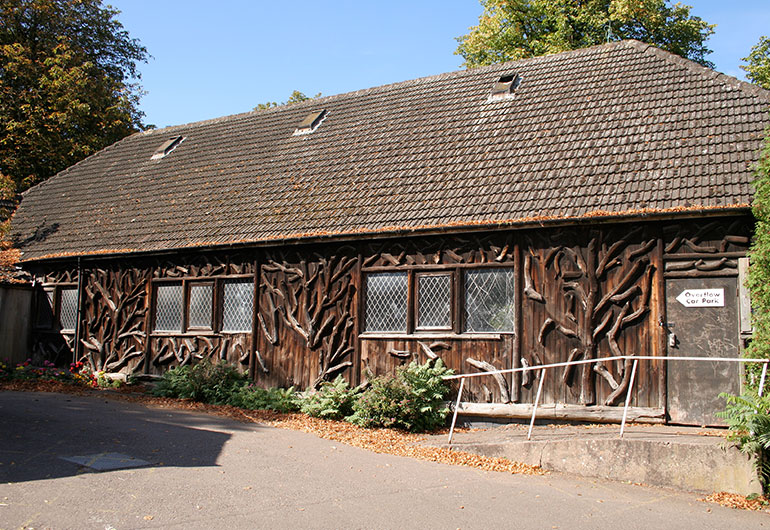 Working with the Bournville Village Trust, the Birmingham & Black Country Wildlife Trust and the Friends of Manor Farm Park, Birmingham Conservation Trust has been busy working on a rescue package for the Cadbury Barn at Manor Farm Park.

The Barn is a quirky, rustic-style timber building built in 1895 by George and Elizabeth Cadbury on their estate at Manor, but is now seriously derelict and vulnerable to vandalism. In its heyday, the Barn was regularly used to host children’s parties for children from the inner city slums. Taking a day trip from the city centre to the countryside venue, where they could enjoy swimming and plenty of fresh air, would be a real treat for the children more used to the smog and grime of the city streets. It continued to host such parties until the 1950s when its use fell into decline. During WWII the Barn, together with adjacent farm buildings, was used as the national training camp for the Quaker-led Friends Ambulance Unit.

The plan for the Barn includes proposals to turn the adjoining buildings into the new headquarters for the Birmingham & Black Country Wildlife Trust. In a 21st century reinterpretation of the Cadbury’s original intention, the BBCWT hope to use the centre as a base for activities by children and young people, encouraging a new generation of city dwellers to engage with the natural environment. The Barn itself will become a focus for community activities, as well as providing a café and toilets.