Not so new New Street Station 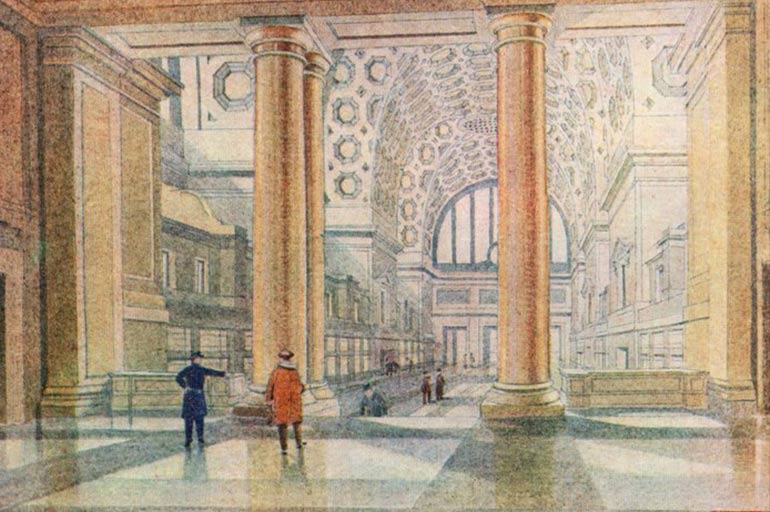 Our new New Street Station and Grand Central is fantastic and a great asset to Birmingham, and yet it is almost an hundred years since Civic Society Secretary, William Haywood, came up with the idea in 1917, when he proposed a large central hall to avoid the crowding that had become the norm at the turn of the nineteen-twentieth centuries.

In his scheme for the improvement of New Street Station in 1917, William Haywood wrote: “In no class of building should there be greater orderliness than in Railway Stations, and in most English Stations one could hardly have less”.

He proposed that New Street station could be adapted, without rebuilding, and that a large central hall which provided all the means to travel would be the best way to focus this remodelling.  William Haywood’s beaux-arts remodelling of New Street to achieve this can be seen in the illustration and a grand piece of re-modelling it was, giving that light and airy feel.

It may have not been realised, but some 98 years later it cannot be doubted that the new incarnation of our main railway station has some distinct echoes of William’s proposal from 1917. We’re sure he would have approved.