Official launch of BTfL’s partnership with the Woodland Trust 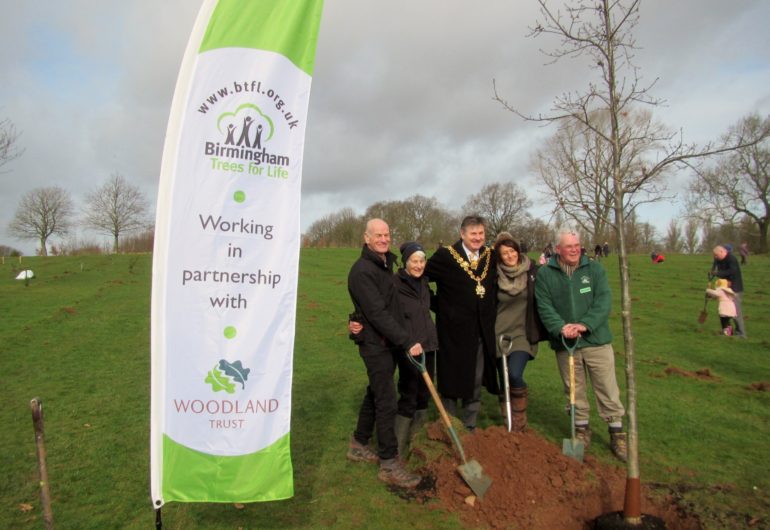 BTfL had a wonderful productive morning at Cofton Park in early March at the official launch of their partnership with the Woodland Trust. Almost 100 children and over 50 adults, ranging in age from 3 to 80, helped plant 1500 sapling trees in two areas of grassland in this huge park. The Woodland Trust has historically been mainly involved in planting trees in rural areas, but has recently started to work more in urban areas, and the partnership with BTfL is one of their first projects in a major city. They are supporting BTfL by providing several thousand young trees each year for five years.