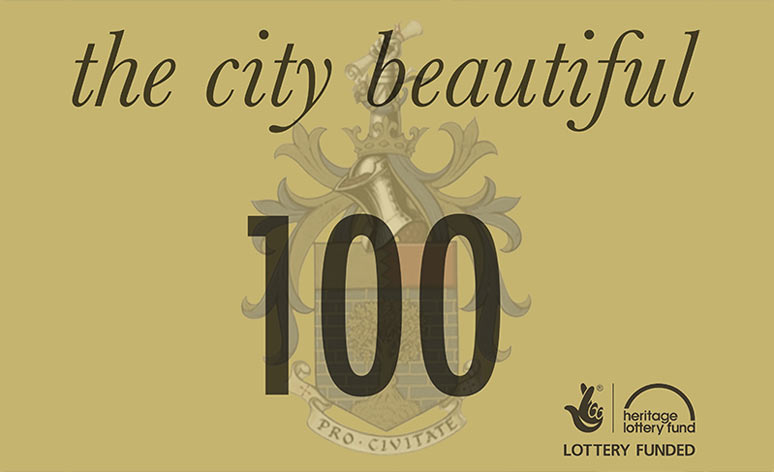 Birmingham Civic Society was founded on 10th June 1918 partly through a desire to create a better society following the First World War. Its primary focus was to influence the post-war regeneration of the city. In its early years the Civic Society successfully bought land to create open spaces establishing parks in places such as Northfield and Kings Norton. The Society also provided designs and funds to make improvements to several existing parks including Aston, Handsworth and Cannon Hill Parks.

Over the century the Society campaigned to save a number of historic properties and organisations including The Rep Theatre and safeguarding Birmingham Cathedral’s Burne-Jones stained glass windows during the Second World War. In the 1950s the Society erected the first of its Blue Plaques which honour significant people who have lived or worked in the city. This scheme continues today and four new plaques will be created in this centenary year.

Today the Society continues to lobby for an improved urban environment and strongly promotes active citizenship. The Next Generation Award encourages young people to play a role in the future of their city and Renaissance Awards recognise the most successful conservation projects in the city.

In 2018, Birmingham Civic Society celebrated its centenary. A full programme of events, created in collaboration with many of the diverse organisations Birmingham boasts, took place across the year.  See the full list of events in our The City Beautiful Centenary Guide.

You can also follow what we’re getting up to by reading our Centenary Blog.

The Heritage Lottery Fund has awarded a grant of £55,700 towards the project to celebrate our Centenary which will include a Young People’s Heritage film project, an outdoor temporary exhibition in the city centre, a citywide heritage trail, conserving the statue of Queen Victoria, installing new Blue Plaques to notable citizens, enhancing information about our Archive in the Library of Birmingham, increasing the historical content on our website, and delivering a whole range of tours, talks, and family activities throughout 2018.

Join us in looking back over the past 100 years and help us look forward to the next.