Our 2014 Renaissance Award to the Coffin Works unveiled 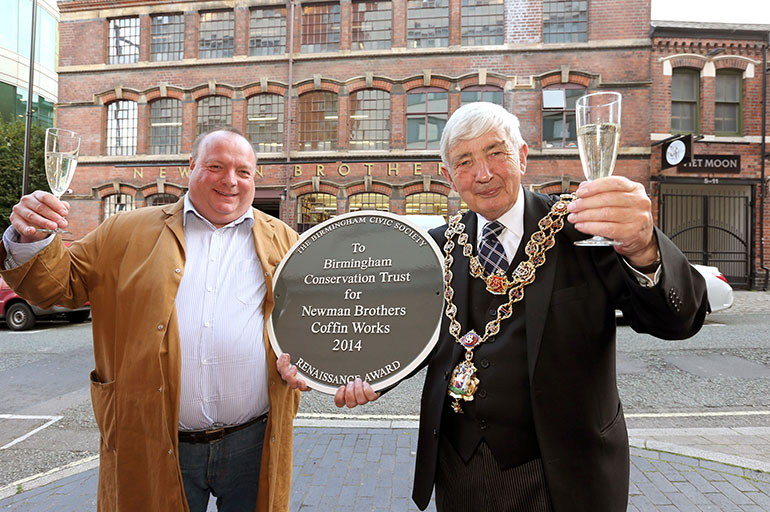 Members joined Birmingham Conservation Trust and Coffin Works volunteers and supporters to celebrate the first successful year of opening and to unveil our 2014 Renaissance Award.

At the party, Director of BCT, Simon Buteux announced that the Coffin Works had also won the Historic England 2015 Public’s Favourite Angel Project earlier that week and asked everyone to toast the last owner, Miss Joyce Green, who‘s vision was for the Coffin Works to become a heritage attraction.

The Award was unveiled by the Lord Mayor, Jane Arthur, Chair of BCT and volunteer tour guide Tim Prince.