“Chancellor, Vice-Chancellor, guests, colleagues, and graduands, when I was asked to present Dr. Nick Venning with an honorary doctorate, I did not hesitate to accept. Why?

Let me quote what a mutual acquaintance has said: ‘What can I say that Nick would not say himself…well, quite a bit actually because Nick is an enormously modest man but delivers immodest quantities of work’.

More personally, having worked with Nick as a Trustee of Birmingham Civic Society, and we are both members of the Society’s Citizenship Committee, it is not just the quantity of work, but his personal qualities that are inspiring. Like many others, I have learnt much from his leadership, integrity and care for other people.

I will highlight some of Nick’s vast achievements, both for Aston University, and within the local community.

I will start with Nick’s contribution to Aston. He has been an advocate for the University for many years. In particular, he has worked to bring the University and the city business community closer together, by assisting us in campaigns and fundraising. One example is the University’s 50th anniversary ‘Pioneers for Change’ campaign.

Within Aston Business School, he was formerly a member of our MBA Advisory Panel.

Let me now turn to Nick’s contribution beyond Aston University, both his corporate and voluntary work. He now works as an independent business development consultant. Before that, he had a thirty-five year corporate career, working for: Dunlop Ltd, Foseco Minsep Plc, and PWC. During that career, he established himself as one of the UK’s leading practitioners in professional services marketing, especially within automotive, energy utilities, mining and pharmaceuticals.

Nick is committed to promoting Birmingham as a world-class business centre. He is a former Director of the lobby group Birmingham Forward, and was Founder Chairman of Birmingham Future.

Turning to Nick’s voluntary work, he has been involved with many charities, including St. Basils, chairing the Fundraising and External Relations Committee for over ten years. He is a board member of CSR City, and the School for Social Entrepreneurs. He sits on the Birmingham Advisory Committee of City Year UK, and The Prince’s Trust West Midlands Development Committee. He was a founder of Thrive, Birmingham’s corporate social responsibility network. He is a Governor of Bromsgrove School.

For these contributions, Nick has received numerous awards. In 2007, he received Birmingham Future’s ‘Inspiring Leader’ Award. He was listed in the 2016 Birmingham Post’s ‘Power 250’, which identifies those most likely to influence the future of the city. In 2015, he was made the first Honorary Life Member of Social Enterprise West Midlands.

Though he is already a double Aston alumnus; Nick completed his PhD in the Faculty of Engineering in 1981, and his MBA in 1986; let us now add an honorary doctorate.

Chancellor, for his significant contribution to the extensive impact of voluntary and charity work, and leadership in corporate social responsibility, on the City of Birmingham, the citizens of Birmingham and Aston University, I present, on behalf of the Senate, Dr Nick Venning, for the award of the Degree of Doctor of Science honoris causa.” 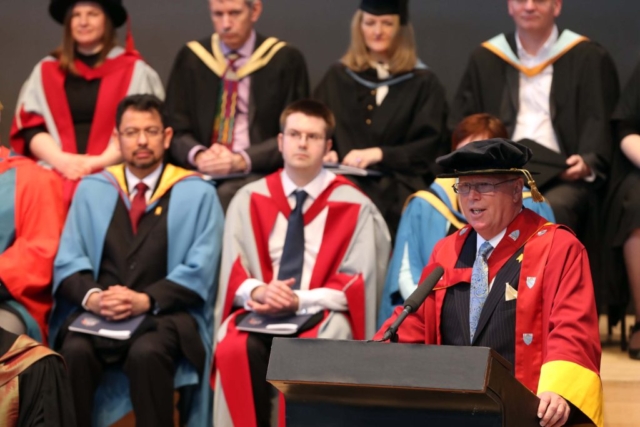 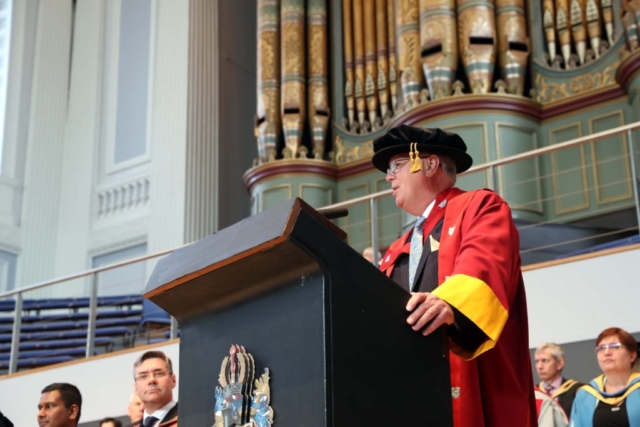 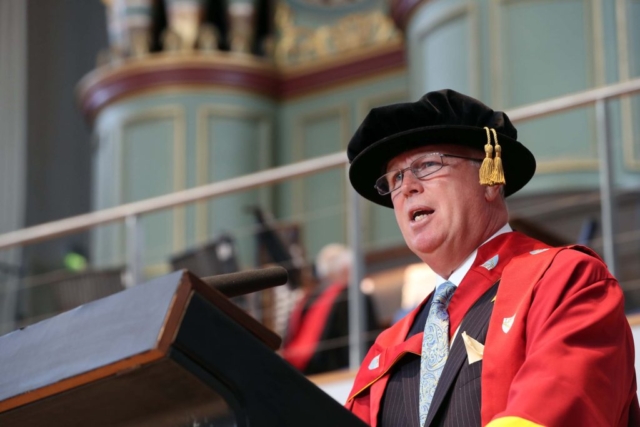