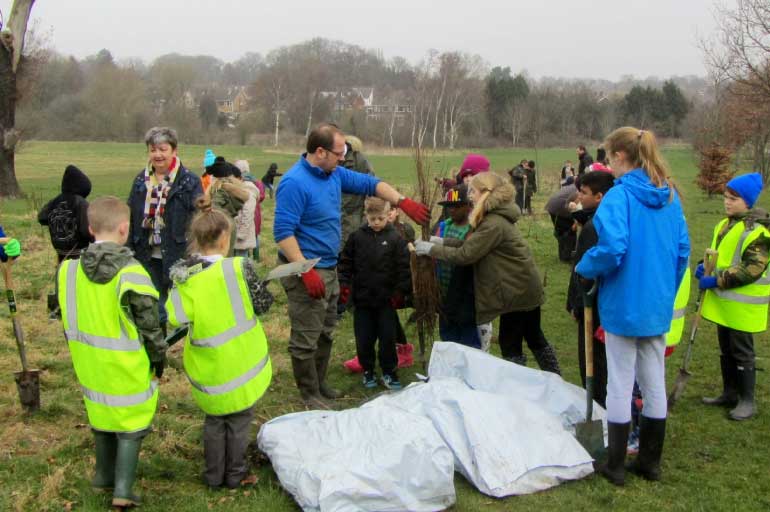 Birmingham Trees for Life has completed a record season of tree planting during the winter of 2014-15. A total of 12,661 trees were planted across the city’s public parks and open spaces. Of these, 147 were large specimen trees and the rest young saplings. Tree planting events were held in 26 different parks and open spaces, involving 780 school children and over 400 local volunteers from Friends of Parks groups and local companies, as well as students from Birmingham Metropolitan College.

2014-15 was the final year of the government’s Big Tree Plant grant, with BTfL being a major participant over its full four years. Nationally, over a million trees have been planted as part of the scheme. During the four years BTfL’s Big Tree Plant project brought more than £117,000 of government funding to the city for tree planting in public parks and open spaces. Over 21,000 trees have been planted, involving over 2,500 people, most of whom were local school children.

BTfL has been cited by the Big Tree Plant as a shining example of how the scheme has been used to involve local people in planting and caring for trees in their local neighbourhoods.

Everyone at BTfL and the Civic Society sees the Big Tree Plant as a hugely successful scheme and we sincerely hope that the new government will repeat this fantastic green initiative in the next Parliament.

Full reports and pictures can be found on the BTfL website