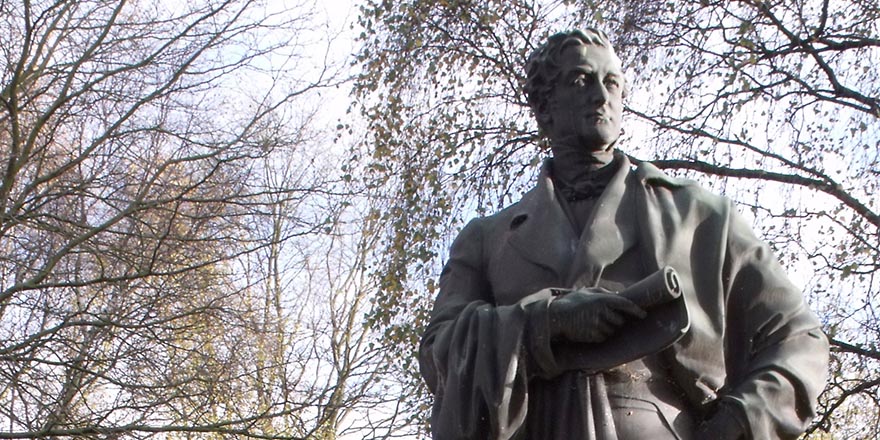 At our July meeting, trustees agreed to work with Birmingham City Council, through our Public Art Committee, to find a better location for the memorial statue to Sir Robert Peel, which is located on the Pershore Road, outside the Police Training College. Meanwhile, the polished Peterhead granite plinth upon which his memorial stood for 108 years remains marooned in Calthorpe Park.

The college is to re-locate, rendering any tenuous link to the founder of the Metropolitan Police obsolete; but how did the statue come to be on the roadside in Edgbaston, while its plinth stood without its purpose in a park, just three-quarters of a mile away?

Peel was born in Bury, Lancashire on 5 February 1788 and in 1809 he entered Parliament at the age of 21, as Member of Parliament for Tamworth, becoming Home Secretary in 1822 and Prime Minister in 1841 at a great age of reforming zeal.

Despite having initially been against it, his mind was changed and in 1846 the Repeal of the Corn Laws came into being, splitting his own party, but doing so because he believed it was the right thing to do. He was also responsible for removing over 100 offences from the statue books which were punishable by death.

On the 29 June 1850 he was riding in Constitution Hill in London, and was thrown from his horse. He was badly hurt and died from his injuries three days later on 2 July 1850. He was 62. He is buried in St Peter’s Church, Drayton Bassett, Tamworth.

The second statue to be erected in Birmingham was to Sir Robert Peel, which commemorated his services in the repeal of the Corn Laws and was erected 5 yearsafter his death. He had also been particularly esteemed in Birmingham for his restoration of local control over the police force after the Peoples Charter of 1839.

The first statue had been to Admiral Lord Nelson, unveiled some 45 years earlier. A subscription fund was inaugurated under the Peel Testimonial Committee and the commission for a statue was given to Peter Hollins, the most renowned local sculptor
of the day.

The bronze was cast by Elkington & Masons of Newhall Street. It cost £2,000 and was unveiled on 27 August 1855 in the presence of over 15,000. Unfortunately, the subscription fund fell short by more than half and Hollins was financially liable, the committee noting that the work was more a gift from the sculptor than the city.

As if addressing the House of Commons, Peel is shown in a debating stance, with one and on his hip and the other holding a scrolled pamphlet and with a book lying at his feet. He wears a gown over contemporary dress, whose voluminous folds suggest a classical precedent and bearing. 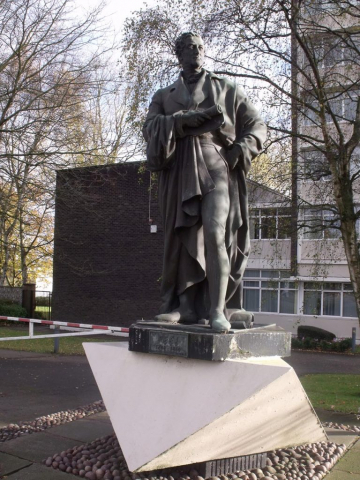 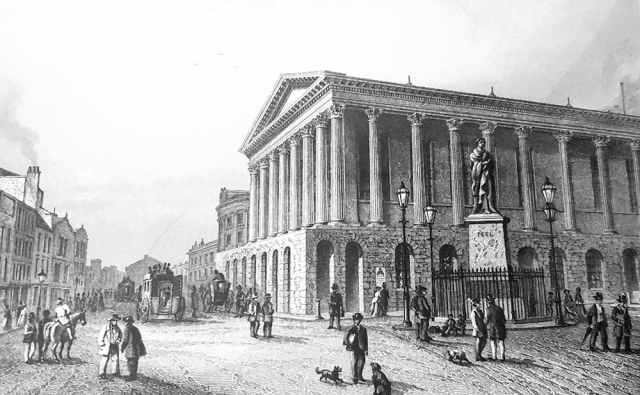 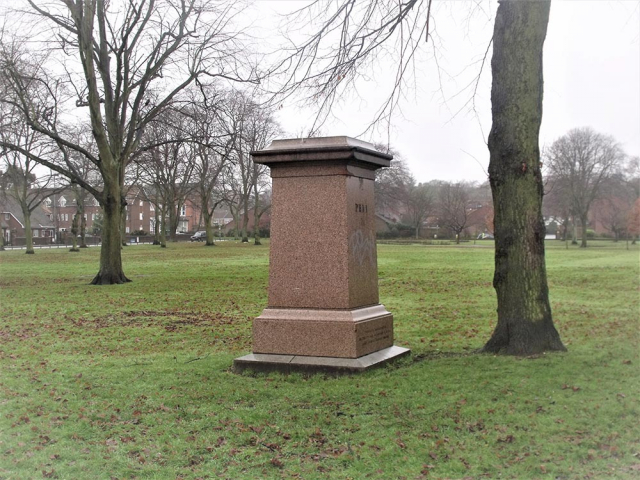 The statue was originally sited at the junction of Congreve Street and Ann Street (Colmore Row) on top of a granite plinth reaching a total of 6 metres. It was surrounded by railings, also designed by Hollins, to represent large clusters of wheat ears to commemorate the repeal of the Corn Laws.

Penultimately it was re-erected in Calthorpe Park in 1927, along with the statue of Thomas Attwood, before being removed from its plinth and moved to Pershore Road outside the Police Training College in 1963. To site it there is both inapposite and tenuous, since the statue was erected to commemorate his achievement of the repeal of the Corn Laws.

Now, the time has come for the statue to be re-united with its plinth and returned to the city centre, in a place of civic prominence. The Public Art committee is working with the City Council in identifying the most appropriate location for this latest move.