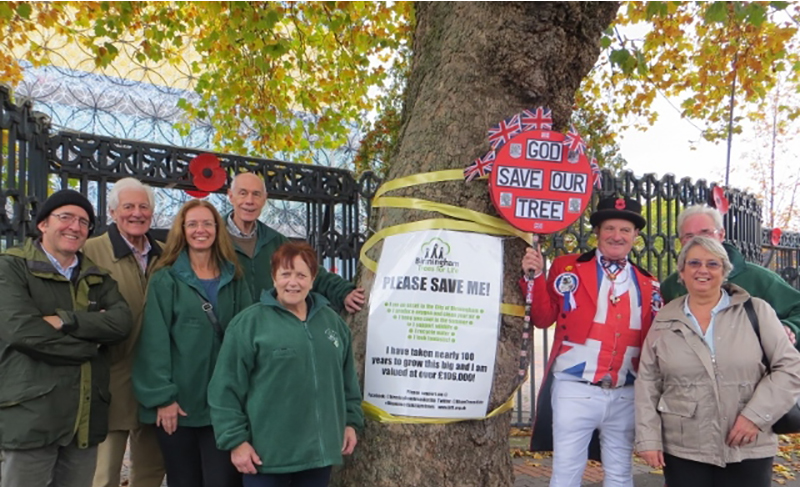 Efforts continue to save the last remaining old London Plane tree. Significant media interest has included BTfL Project Manager Jane, and Chairman Gavin giving interviews to Central News, and Gavin sending an open letter to the Deputy Leader of the Council – the story has even made it in to national news. The ‘reason’ for the tree needing to be felled has changed from the Metro extension to the Centenary Square re-development and the installation of anti-terrorist benches. BTfL feels that with the right will, and well thought-through changes to the plans, the tree can, and should, be retained as it has both a heritage and an environmental value. This publicity, coupled with the efforts of Cllr Fiona Williams, a BTfL committee member, has led to the Deputy Leader, Cllr Ian Ward, allowing the tree a temporary reprieve.

Meanwhile, it’s business as usual for BTfL, who will be joined in Farm Park, Sparkbrook by the Lord Mayor and Deutsche Bank staff on Wednesday 1 February to plant their 60,000th tree!