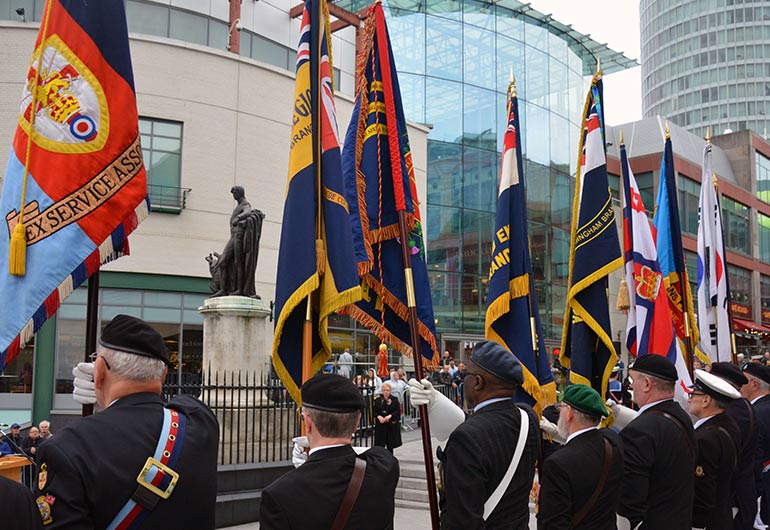 This year’s Trafalgar commemoration took place on Sunday 23rd, at the statue of Lord Nelson in the Bull Ring, as scheduled.  There had been doubt if it would go ahead, as Birmingham City Council had withdrawn funding for it.  HMS Forward and the Sea Cadets had said they may not be able to attend unless security was put in place, amid the heightened terror risk the country is currently set at.  However, the Leader stepped in to ensure this year went ahead and a sponsor for the 2017 event has already come forward.

Our Chairman, Gavin Orton, joined other civic, patriotic and historical organisations to lay a wreath at the statue, to recall the great victory at Trafalgar, which gave Britain domination of the seas for over an hundred years and allowed Birmingham to expand into the great commercial city, where its products were exported across the world, given safe passage under the Red Ensign.

Civic Society trustee, Stephen Hartland, re-instigated the commemoration in 2003, after the opening of the new Bull Ring and has acted as Master of Ceremonies ever since, organising the event in partnership with the Council.  The Lord Mayor leads the commemoration and this year our trustee Cllr Ray Hassall deputised for the Lord Mayor, telling the assembled cadets and spectators of the great value the Royal Navy has been to Birmingham – and that men from Birmingham served on all of the 27 British ships at the battle.  He also reminded everyone that Birmingham was the first location in the United Kingdom to erect a statue to Nelson, which was unveiled on 25th October 1809, the day set aside for the celebration of the Golden Jubilee of George III.  Cdr Peter Gracey, commanding officer of HMS Forward told of the modern navy and how Nelson was a great leader who inspired loyalty in his men.  To end the proceedings, before the wreath-laying, The Reverend Ray Price led prayers for Nelson, the Royal Navy, for all the members of our armed forces and especially for peace in the world.

After the wreath-laying part of the commemoration the parade was brought to attention while a bugle played the Last Post, heralding a minute’s silence, before the Reveille; and the Deputy Lord Mayor gave the assent for the parade to be dismissed.

This is a good example of remembering our country’s heritage and the context of Birmingham within that heritage, but also of engaging with the young to promote leadership, comradeship and what can be achieved by working together.  Here’s to the 212th commemoration on 22nd October 2017. 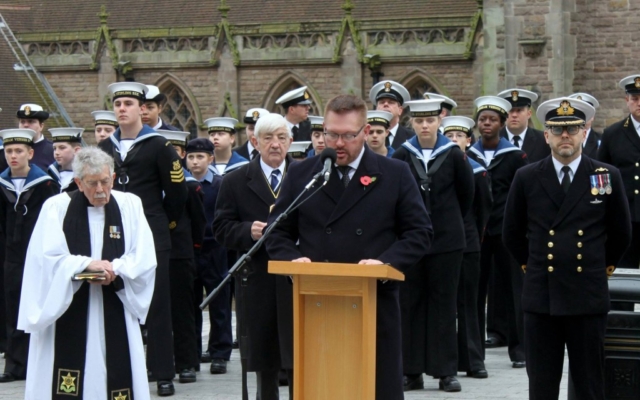 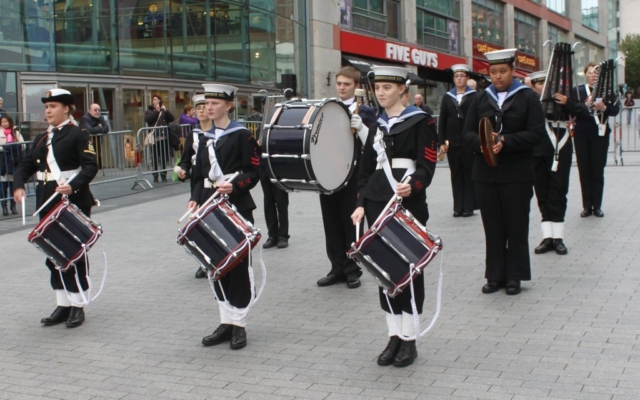 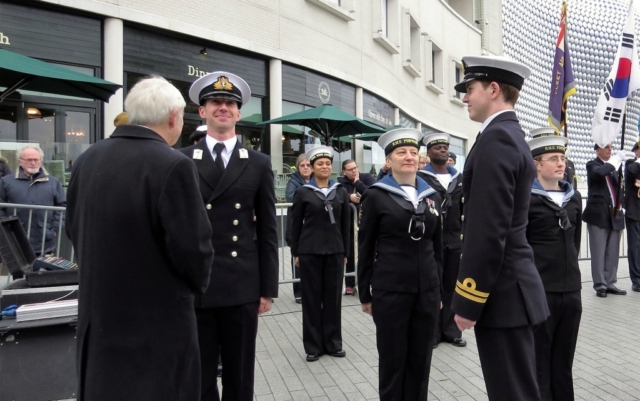 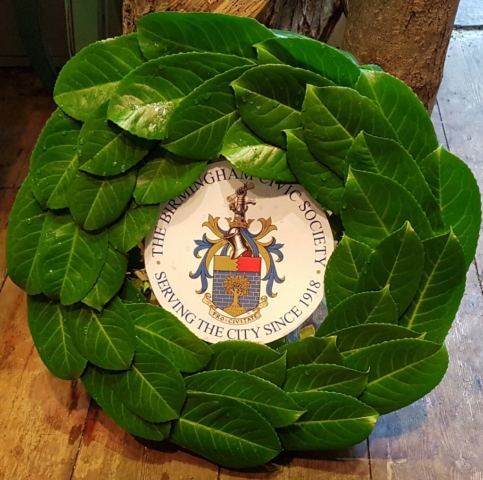 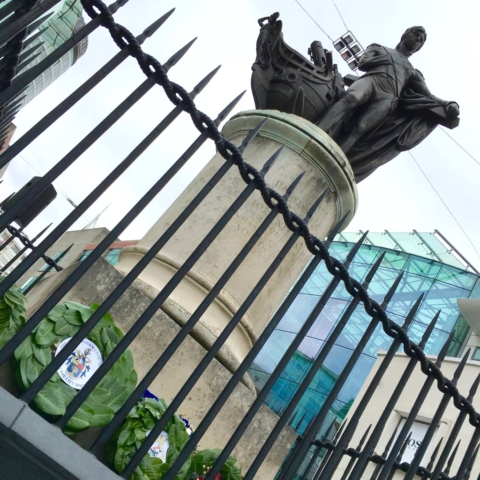