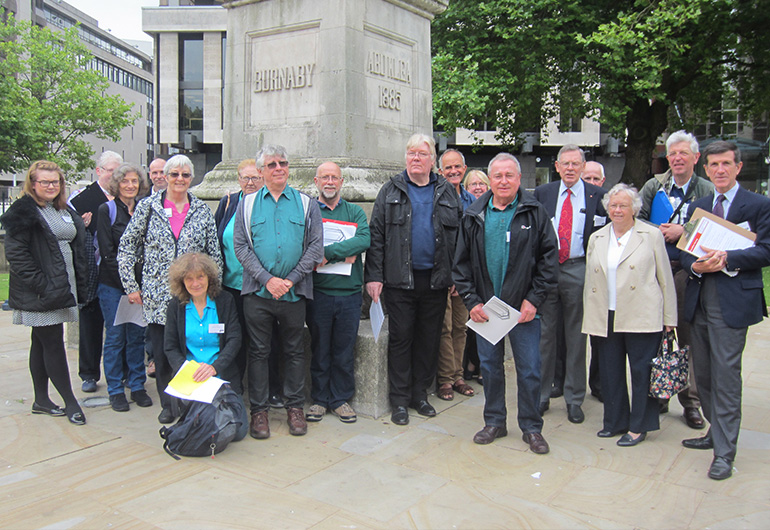 This month, Civic Voice, the national charity for the civic movement, held a workshop to tell the residents of Birmingham about a £2 million fund that has been made available by the Government for local communities to save their local war memorials.

Sarah James, Senior Development Officer for the First World War Memorials Programme, said “This £2 million of funding is on a first come first served basis. Communities across the country are applying to restore their local war memorials and we held this workshop to ensure Birmingham and the Black Country doesn’t miss out. The funding to save war memorials is only available during the centenary years so now is the time to act to save the nation’s war memorials.”

Citizens from across Birmingham attended the workshop to learn how to apply for this funding which involved finding and surveying the condition of their local war memorials. The group were told that there are approximately 330 war memorials in Birmingham, many of these could be at risk of being lost forever.

Volunteers who attended the workshop have started recording their local war memorials but there is now a call for volunteers from other areas of Birmingham to come forward and engage with the campaign. In particular, Civic Voice would love to hear from people who would like to get involved in the Black Country and the Edgbaston and Moseley areas of Birmingham.

Sarah James finished by saying “Following the end of the First World War thousands of war memorials were erected across the country in a huge act of remembrance. Over the next couple of years numerous war memorials will be approaching their 100th anniversary. Many are now in need of repair and conservation to ensure they are a fitting tribute to those who lost their lives or were affected by the war and subsequent conflicts. Let’s work together to ensure we remember the fallen in a fitting way.”

To volunteer or for more information contact Sarah on: sarah.james@civicvoice.org.uk