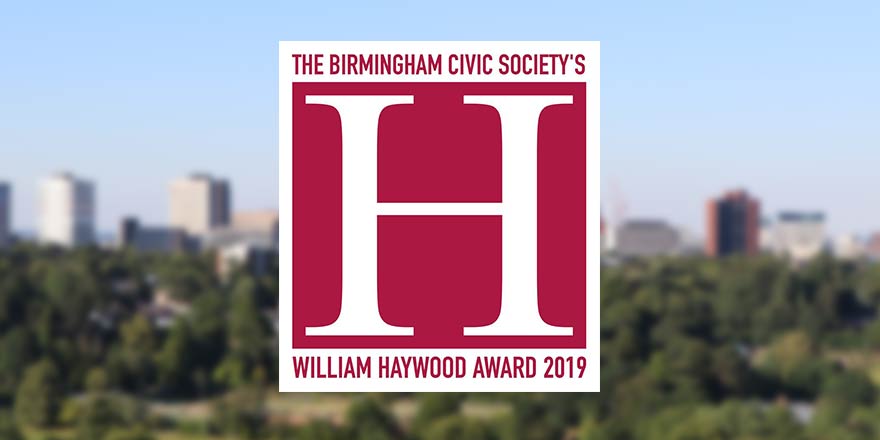 We are pleased to announce that nominations are now open for our inaugural William Haywood Award 2019.

The award honours William Haywood, one of the founders of Birmingham Civic Society and most influential leaders in the city during the early twentieth century.  The award aims to celebrate people and projects who, like William Haywood, have had a dramatic and beneficial effect on the regeneration of the city.

2019 will be the first time the award, which was created as part of our ‘The City Beautiful’ centenary celebrations, will be considered by the Society .  The award with be considered bi-annually and will be awarded on the basis of a theme.  The 2019 William Haywood Award will focus on ‘Innovative Regeneration’ to mark the bicentenary of James Watt’s death.

Birmingham Civic Society would like to invite members to nominate projects or people for our inaugural William Haywood Award 2019.

Nominations are sought for projects (a building, masterplan, art work or something less tangible) or a person (or persons, group, organisation).  It is intended that projects should have been completed at least 10 years ago, and in the case of a person, that the body of their work should be complete (a ‘lifetime achievement’ award).

To submit your nomination please download and complete the nomination form

From the nominations, a shortlist will be created and assessed by the Society’s Planning Committee members and members of other groups/organisations.

Find out more about William Haywood and the award

We request nominations by 08/10/2019 and thank you in advance for your consideration.