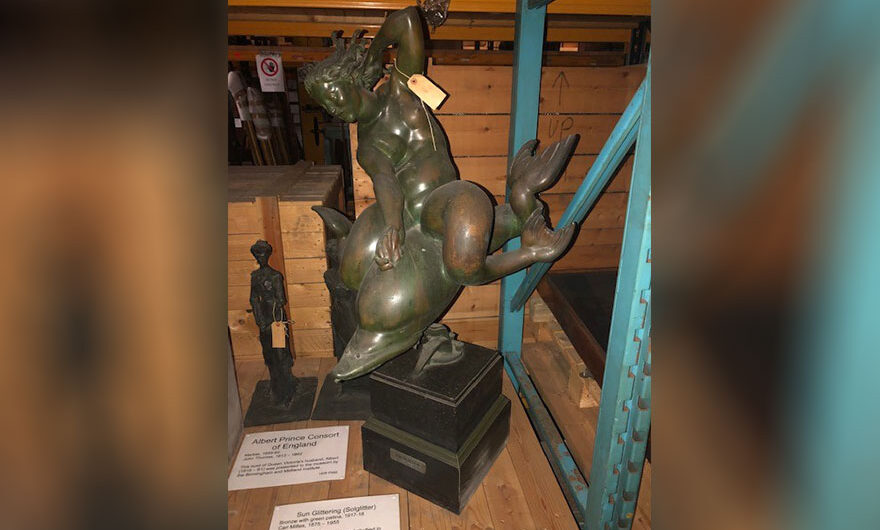 As part of my research on William Haywood for the BCS Centenary lectures, I tried to find more about the personal life of William Haywood, which was a mystery. Much is known of Haywood’s professional life and the various projects he was involved in, and, let’s be honest, “The Work of The Birmingham Civic Society 1918-1946” is essentially a catalogue of the work he accomplished on behalf of the Society as its energetic Honorary Secretary.

However, there seems to be no family surviving him, and he never married, so it appears that his personal life was eclipsed by his very successful professional life. The only real source of personal information, therefore, would be from his Last Will & Testament signed in October 1955, just a month before his 79th birthday.

His Last Will & Testament was an interesting read, and revealed a lot – certainly why little is known of his personal life, since he directed that all his personal correspondence be burned immediately after his death. He also left £1,000 to Alice Higgins, his housekeeper at 245 Bristol Road, Edgbaston, and also the choice of one of his pets – only one mind!

As well as founding the Haywood Scholarship with the University of Birmingham, which still exists today, he also left his bronze “Solglitter” by Carl Milles to the Lord Mayor, Alderman and Citizens of Birmingham for display in the Art Gallery.

Carl Milles is considered Sweden’s foremost sculptor of the 20th century. Born in 1875, he trained as a young man in woodworking, cabinetmaking, carving and modelling. His early pieces display the influence of Auguste Rodin, for whom he worked occasionally until 1904, when he left Paris for Munich. After travelling through Europe he settled near Stockholm, where, in 1917, seeking a more individual style, he destroyed all the works in his studio and began a period of rapid stylistic development and a formation of his mature style, where elegance, motion and gesture predominated.

Solglitter, literally Sun Glitter, was sculpted in 1917 when Milles was 42. It is said to have been one of the artist’s enduring favourites and is one of several works he made around this time that herald the beginning of this mature style. Ancient Greek, Roman and Christian mythology, as well as Swedish history, were often his sources of inspiration.

The sculpture depicts a Naiad, or water spirit, riding a dolphin. In Greek mythology Naiads presided over fountains, wells, springs and other bodies of fresh water. Here we see the spirit emerging from the deep for a brief moment, before she disappears again into the mythological underworld, her beautifully detailed wild locks flowing behind her. The figure seems to defy gravity and Milles has perfectly captured the power and movement of the figure, confidently riding the waves and reflecting the rhythmic and expressive aesthetic for which he would become famous. He enjoyed sculpting in heavy materials such as granite and bronze, pairing them with lighter materials such as water and air by placing them in fountains or raising them up in the air so that they interacted with the sky.

So, this was given to Birmingham by Haywood, but no-one ever remembers seeing the item in living memory; and discussing it with the Friends of BM&AG, it was also a mystery to them.

At a recent BCS Public Art Committee, the question was put to Rob Lewis, the committee delegate from the Birmingham Museums Trust and following some sleuth work, he found an item called ‘Sun Glittering’, with the description ‘Nereid with double tail astride a dolphin’, which fitted the description. The catalogue recorded this as being ‘found un-accessioned’ in 1977, which likely means it was found without a clear accession number by someone in 1977. Proof, by means of William Haywood’s Last Will & Testament, of this being legally transferred to BCC was useful in correcting and updating the record for this.

It would be nice if this was on display and we will lobby for this to happen. A similar copy sold in 2016 for £158,500, and a video is available here:

William Haywood was born in Ladywood on 2nd November 1876. He died on 2nd November 1957 from a cerebral haemorrhage, on his 81st Birthday. He also directed that his death should not be made public until after his cremation. His obituary appeared in the Birmingham Post on 5th November 1957, two days before his cremation at Lodge Hill (where Sir Gilbert Barling, the Society’s first chairman is buried) on 7th November 1957. William Haywood’s ashes were placed in his crypt in the graveyard at Edgbaston Old Church, just up the road from where he had lived.