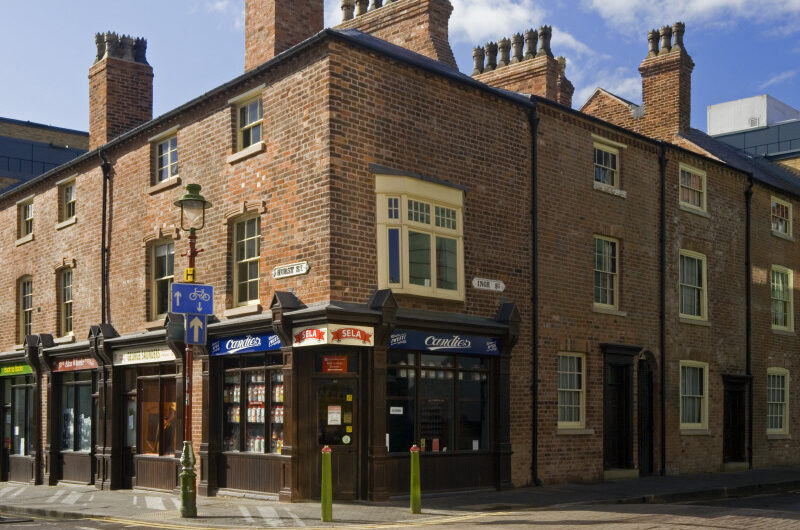 ‘In honour of its centenary, Birmingham Civic Society created the Haywood Award to celebrate people and projects that have played a significant role in Birmingham’s development. The committee felt that the Back to Backs have been critical in revitalising their location and are highly notable as an example of heritage-led regeneration which has focused on, and valued, working-class history in a manner which has proved highly innovative.’

A remnant of a by-gone era

Perhaps you’ve walked down Hurst Street on your way to the Hippodrome, the Arcadian, the Gale, or one of the delicious and numerous South East Asian eateries nearby. If so, you have probably walked passed a collection of unusual shops that seem to come from another era.

At first glance, the Birmingham Back to Backs appear to be an unassuming collection of buildings, nestled on the corner of Inge and Hurst Street in Birmingham’s South Side. However, these buildings are the last surviving example of a type of housing that was once common in our city, and across the land. In the 1960s, the city cleared houses like these, but the Back to Backs survived because they operated as businesses rather than residential accommodation. By the end of the last millennium, they had fallen into a state of extreme disrepair. Birmingham Conservation Trust purchased and restored them in 2001 and they opened to the public as a museum, operated by the National Trust, in 2004. Over the last 15 years, hundreds of thousands of people have ventured behind our shop fronts and been transported to another time.

The Back-to-Backs in a state of disrepair in 1995

The Birmingham Backs to Backs provide an important anchor in our city’s ever-changing landscape. They remind us of how generations of people have made a life in our city of a thousand trades. From a Jewish clockmaker from London, who came to the court in the 1840s, to a tailor from St Kitts who finally hung up his scissors in 2001. 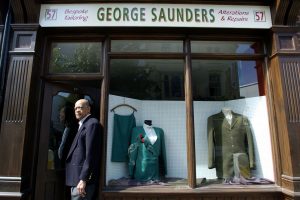 George Saunders outside his alterations and repairs shop on Hurst Street

The Back to Backs allow us to understand how civic innovation affects the lives of everyday people. As we visit we observe tallow candles give way to gas lamps and finally electric lighting. We imagine what the introduction of a communal standpipe with clean running water must have meant, or what it would have been like to share toilets with over 60 other people. We witness how communities form and change, how people arrive and leave the inner-city. Our guides – many of whom grew up in back to back houses – help us navigate the community, stigma and appalling conditions of life in this type of housing during the 1950s and 1960s.

Since the Back to Backs opened, the area surrounding the buildings has undergone massive regeneration, which is still ongoing.  Moving forward they continue to have an important role in telling the story of the communities who have made the Southside of Brum their home, place of work, and refuge.

Winning the William Hayward award would be a recognition of the importance of: